Panthers extend winning streak to 10 with win over Cook 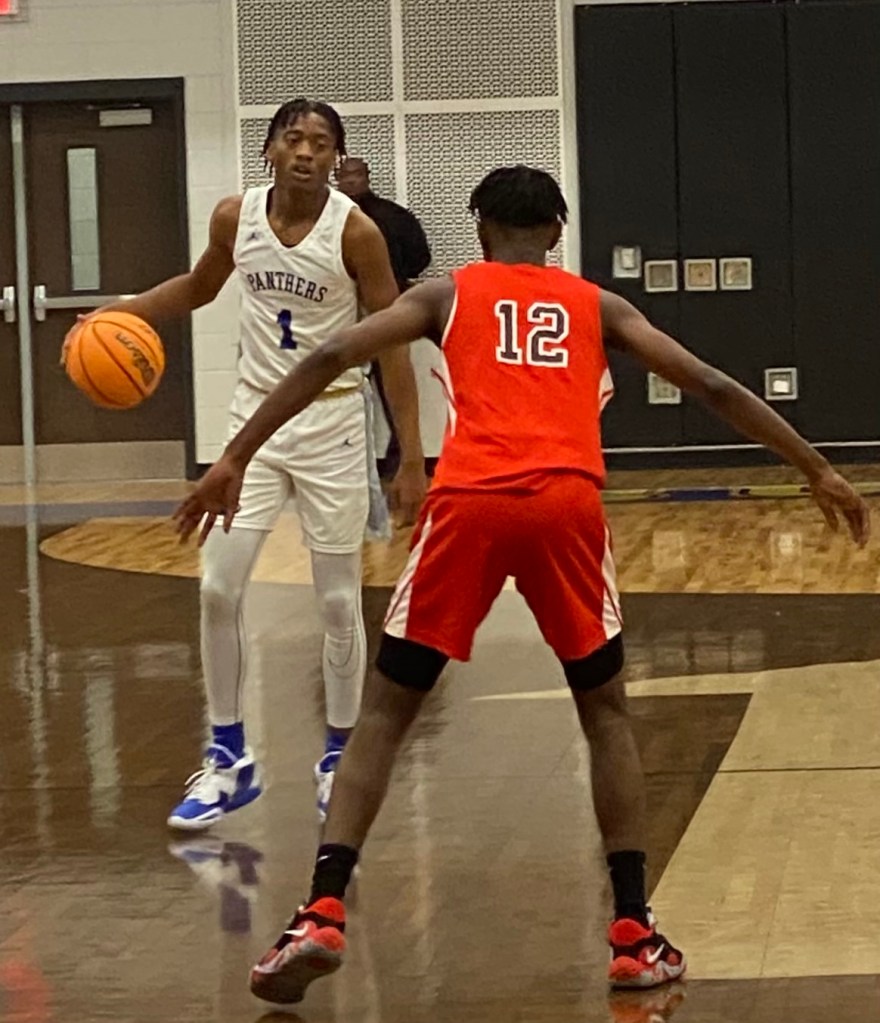 AMERICUS – The Sumter County Varsity Boys Basketball Team (SCHS) increased its winning streak to 10 games with a 63-59 victory over Cook High School at the Panther Den on Saturday, January 21.

The Panthers had already defeated Jeff Davis by the score of 69-41 in Hazlehurst, GA the night before and had defeated the Worth County Rams 74-40 in Sylvester earlier in the week, but the win over the Cook Hornets put the Panthers’ overall record at 13-5 and they are in first place in the GHSA Region 1-AA standings at 7-0.

Brandon Pope led SCHS in scoring with 22 points and Cameron Evans poured in 11. Devon Dowdell almost hit the double digit-scoring column, as he scored eight points in the winning cause.

The Panthers will try to increase their winning streak to 11 games when they travel down to Fitzgerald, GA on Tuesday, January 24 to take on the Fitzgerald Purple Hurricanes (7-9 overall, 3-2 Region 1-AA). In the previous meeting between the two teams at the Panther Den on Thursday, January 5, the Panthers won by the score of 66-40. Tip off for Tuesday night’s game is scheduled for 7:30 p.m.