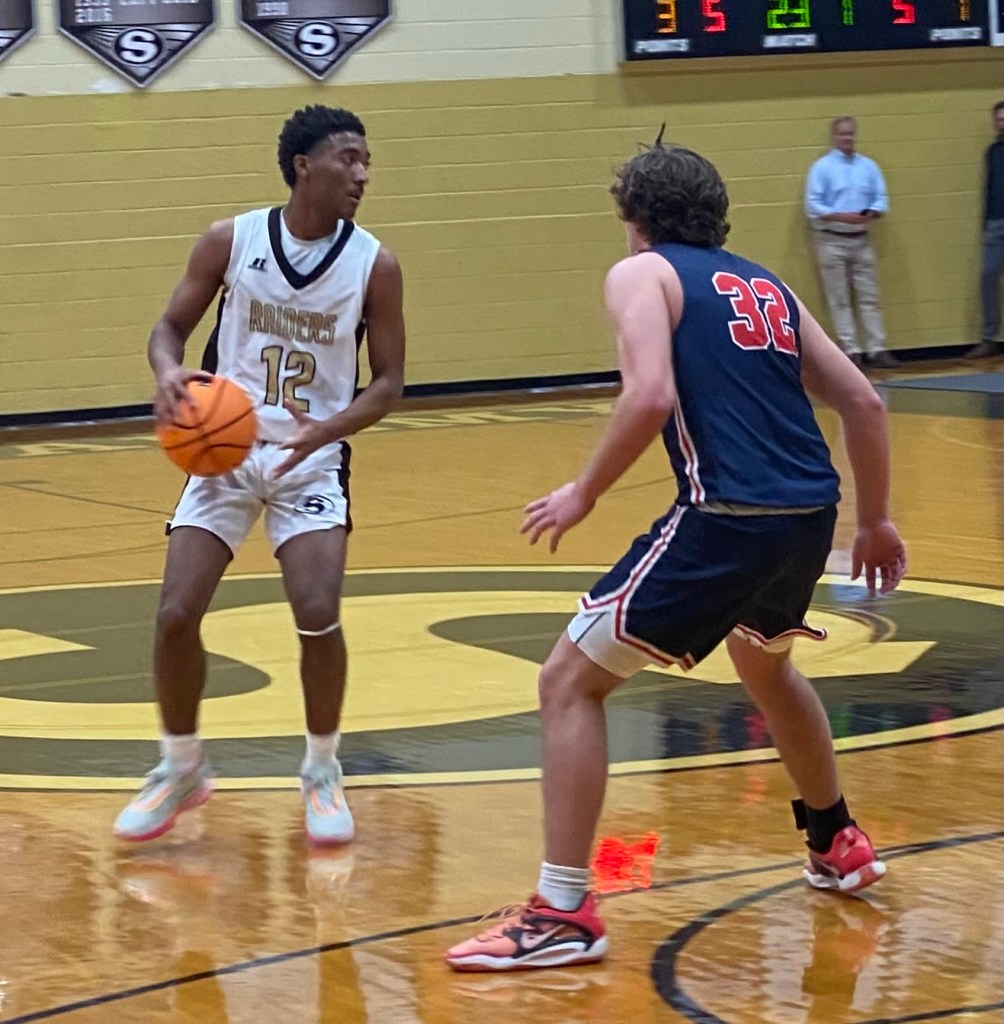 AMERICUS – Having extended its winning streak to nine games with wins over Valwood (66-52) and First Presbyterian Day School (78-45) this past weekend, the Southland Academy Varsity Boys Basketball Team (SAR) was looking to extend its winning streak to 10 games with a win over archrivals Deerfield-Windsor (DWS) and former SAR head coach Rundy Foster, the current head coach of the Knights. With a little over three minutes left in the third quarter, the Raiders were tied with the Knights at 36-36, but DWS went on an 11-0 run and it was a deficit from which the Raiders could not come back from. As a result, SAR fell to the Knights 64-55 in front of a loud and energetic crowd at Southland Academy’s Melvin Kinslow Gymnasium Tuesday night, January 24.

“The first thing I want to say is, ‘Thank You! Raider Nation!’. I mean they came out to support,” SAR Head Coach Kevin Douglas said. They came out to support us and I want to thank each and everyone for coming out. To be honest, they (DWS) just wanted it more. They played a whole lot better than we did. They shot the ball better than we did. Their shots fell. Ours didn’t. You know, my guys get fatigued and at the start of the season, I conditioned them because three of our guys played 32 minutes, hardly ever subbed, but you know, it was just one of those games where it’s a rivalry game and everybody wanted it, but they (DWS) wanted it more tonight. The plan is take care of business and we will see them in Albany in two weeks,” Douglas continued.

The loss ends the Raiders’ nine game winning streak and they drop to 15-4 overall on the season and 5-1 in the GIAA Region 3-AAA standings. SAR is currently in second place at 5-1 and trails DWS, who is undefeated in region play (6-0) and is 12-6 overall on the season. 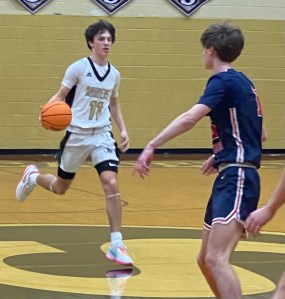 The Knights jumped out to a 9-5 lead early in the first quarter, but the Raiders kept pace and came within one point at 11-10 on a three-pointer from Usher.

The Knights quickly scored five unanswered points to take a 22-15 lead and would later keep their seven-point lead at 25-18 on a three-pointer from Hays Revell, prompting Douglas to call a timeout. 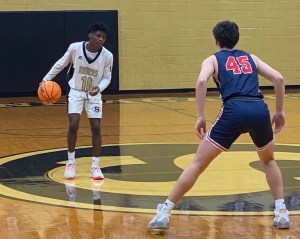 Out of the timeout, the Knights went on a 4-0 run before Exley scored for SAR on the inside, cutting the Raiders’ deficit to 29-20 with a little less then three minutes left in the first half. Neither team scored a point over the next couple of minutes until Exley struck with a three-pointer off the backboard with 45 seconds left. However, the Knights would go into the locker room at halftime with a 31-23 lead.

Over the first two minutes of the third quarter, both teams traded baskets, but Banks Simmons would get a steal and a fast break basket, cutting the Raiders’ deficit to 33-29 at the 5:47 mark of the quarter. This prompted Foster to call a timeout to settle his DWS club down.

Shortly thereafter, however, Usher drained a three-pointer to bring SAR to within three at 35-32. Then with a little over three minutes left in the third quarter, Cedric Smith scored on a reverse layup and the Raiders were within two at 36-34.

With 2:53 to go in the quarter, Simmons was fouled in the act of shooting and made two foul shots, tying the game at 36-36. However, the Knights responded with an 11-0 run over the final minute of the third quarter and the Raiders found themselves trailing 47-36 with one more quarter to play.

Over the first minute and a half of the fourth quarter, DWS continued to dominate and increased its lead to 51-36 on a jumper from Revell, prompting Douglas to call a timeout. Out of the timeout, Tyson brought the Raiders to within 11 at 53-42 on a three-pointer, but the Knights continued to have an answer, as they would go on a 6-2 run before Usher drilled a three-pointer for SAR with a little over a minute to go in the game.

The Raiders would eventually cut the DWS lead to 59-50 on a basket and free throw from Exley and would later cut it down to seven at 62-55 on a three-pointer off the backboard from Smith. However, it was too little, too late as the Knights would go on to defeat SAR 64-55.

Jackson Harris led DWS in scoring with 23 points and Hays Revell had 13 for the Knights in the winning cause.

The Raiders will try to rebound from this setback and start another winning streak when they travel down to Chula, GA on Friday, January 27 to take on the Panthers of Tiftarea Academy in another important GIAA Region 3-AAA contest. Tip off for that game is scheduled for 7:45 p.m.