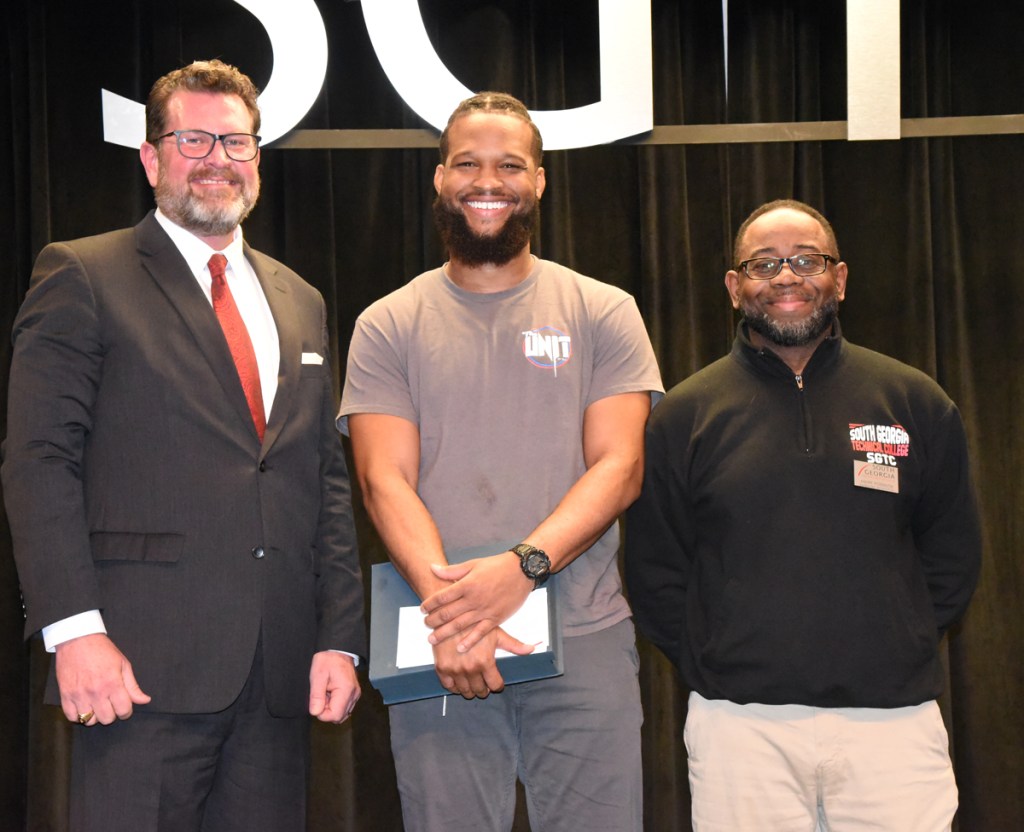 AMERICUS – Tredarrian Colbert of Americus, GA, a Barbering student in Andre Robinson’s program, has been selected as the South Georgia Technical College Georgia Occupational Award of Leadership (GOAL) winner for 2023.  He will now represent the college in regional and state level competitions in an effort to be declared as the statewide Technical College System of Georgia Student of the Year and the face of technical education in Georgia.

South Georgia Technical College President Dr. John Watford made the announcement during a special luncheon ceremony in the John M. Pope Industrial Technology Center which spotlighted the three finalists in the competition and the other nominees.  The other two finalists and their instructors included:  Kristy Tyus of Ellaville, Medical Assisting nominated by her instructor Jeana Yawn; and John Phillip Welch of Ellaville, Criminal Justice nominated by his instructor Teresa McCook.

“Thank you so much,” said Tredarrian Colbert after he was announced as the SGTC GOAL winner.  “I would like to thank Mr. Andre Robinson and my whole class for all of their support.  I am very honored to be selected and I will represent you and this college to the best of my ability.  Thank you for this opportunity.”

The 28-year old single father was joined at the luncheon by his young son, Jemyris Colbert and his parents Antonio Colbert and Julia Tyner and his nephew, Logan Johnson.  “I am a single father and as soon as I leave class each day, I am caring for my son and my nieces and nephews.  I usually have four young children with me and that is where my mind is when I am not in class.”

The Navy veteran served his country for seven years and has already earned a Bachelor degree and has a Master’s in Logistics.  “I wear many hats, I have served in the military and graduated from a traditional college and worked for a corporation. But I chose to attend South Georgia Technical College to gain my freedom.  As a licensed barber, I will have the financial freedom and flexibility to be what I was meant to be, a father.  My desire is to be able to give back to my son.  My technical education is going to allow me to have the financial freedom to prosper and to have freedom of time to spend with my son.”

SGTC Barbering Instructor Andre Robinson nominated Tredarrian Colbert for this honor.  “Tredarrian is a great young man.  He goes above and beyond.  He is an honorable man with exemplary character, magnetic, and has a large personality.  He is also talented,” said Robinson when he described his student.

During the ceremony, special remarks and presentations were made by GOAL sponsors of behalf of the Sumter County Chamber of Commerce, the Americus Rotary Club and SGTC President Emeritus Sparky Reeves and his wife, Allene.  Josh Curtain, Assistant Vice President of Student Affairs, served as SGTC GOAL Coordinator and oversaw the program and the process.

As the 2023 GOAL winner for SGTC, Colbert will now proceed to the regional judging in Tifton.  Nine regional finalists, three finalists from each of the three regions in the state, will be announced during the Technical College System of Georgia’s state level competitions.  A panel of leaders from the business, industry, and government sectors will interview them and choose one to be the 2023 State GOAL Winner and the recipient of the GOAL medallion at a state-wide conference in Atlanta in April.  Additionally, the state winner becomes the spokesperson for technical education in Georgia for the entire year and is awarded a new car from Kia Motors. 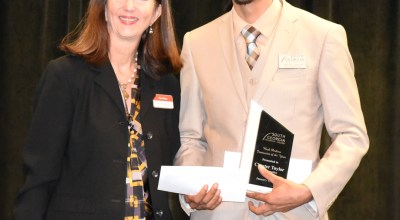