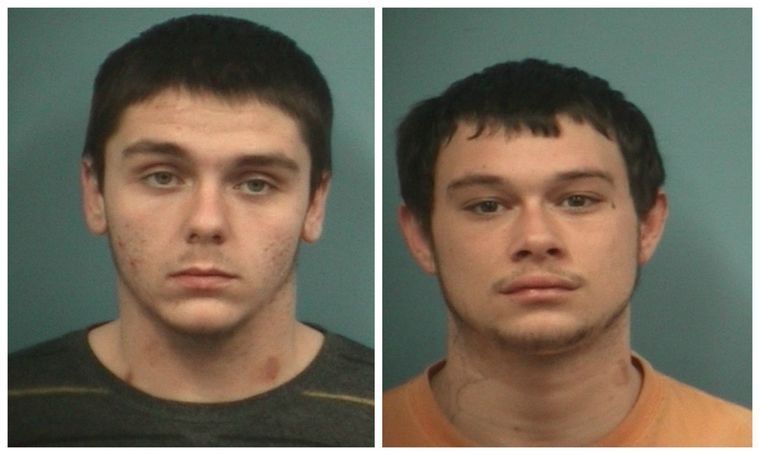 A ploy by two prisoners in Vermillion County, Illinois to get one freed from jail early ended instead with both still incarcerated.

The scheme was launched Tuesday afternoon when Tyler Jones, 19, finished his afternoon arraignment via video from the Public Safety Building. He was set to be released in a few minutes.

Capt. Rod Kaag, chief investigator for the Vermilion County Sheriff’s Department, said Jones was placed momentarily in a temporary cell with several other inmates until he could be released. Within a few minutes, a correctional officer came to the cell and called out for Jones. An inmate who stepped forward was given Jones’ property items and released.

One problem: That inmate wasn’t Jones.

Kaag said Jones — while in the temporary cell — switched shirts with another prisoner, 20-year-old Larry Woodard. The men resembled one another, Kaag said, and when Jones’ name was called, Woodard was released.

Soon after, Jones began banging on the door of the temporary cell, asking why he had not been released. Jones was questioned and the mistake was figured out, as was the trick.

Jones — set to be released on what was a traffic warrant in 2013 — was instead incarcerated once again in the county jail on a new charge of aiding an escape.

After checking several places, investigators located Woodard and arrested him on a charge of escape.

Brian Huchel writes for the Commercial-News in Danville, Illionois.