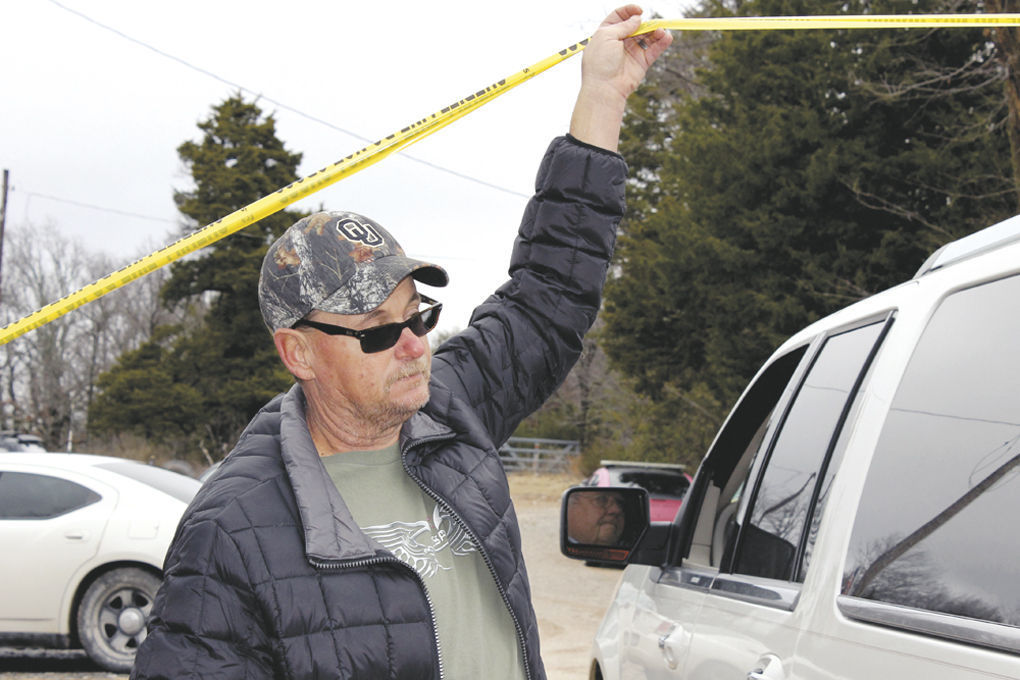 WARNER, Oklahoma — Investigators said they believe a woman killed her two adult sons and then took her life at a home on Saturday morning.

A family member received a call from Smith early Saturday. That family member called the Muskogee County Sheriff’s Office and asked that a deputy be sent to the home to check on the family’s welfare, said Richard Slader, chief investigator for the sheriff’s office.

According to Slader, a deputy arrived at approximately 8:45 a.m., could “see something through the window” and entered the home.

Investigators found a rifle at the scene believed to have been used in the killings and while they have their theory about how events took place, they worked the scene as if it were a triple homicide, Slader said.

“We will rule out things as we go,” he said. “We treated it as suspicious from the start.”

The white wood-frame home is at the end of a dead-end road. American flags fluttered in the breeze on two mailboxes, from a flagpole and on the front porch. Nearby homes belong to other family members, who gathered in the driveway. They were kept back by yellow crime scene tape.

The father of the slain men, Leroy Brown of Coweta, and his wife, Pam, waited in the driveway to learn more from investigators.

“It’s not the call you want to get at 10 o’clock in the morning,” Leroy Brown said.

He saw both of his sons at Christmas and spoke to Levi Brown on New Year’s Eve, he said.

“They were a couple of good boys,” Brown said.

Levi Brown, who attended school in Porter, had been in the Army. He returned to Oklahoma after his time in the military was up.

“He was just a big kid,” Brown said. “He just liked the outdoors and his dog.”

Brown shook his head as he spoke about his son: “Levi went overseas, came back and got shot in his own house.”

He said Levi Brown aspired to be a chef, adding, “He just got a job with Chili’s in Muskogee.”

Brown’s son Garrett, who graduated from high school in Claremore, was a father to two daughters, ages 3 and 1.

“He was more of a learner,” Brown said. “He liked to go to vocational schools.”

“He liked history,” Pam Brown said. “He was into watching stuff that would teach him stuff.”

“They were just two good kids,” Leroy Brown said. “I never had a problem with them.”

Ridenour writes for the Muskogee Phoenix.