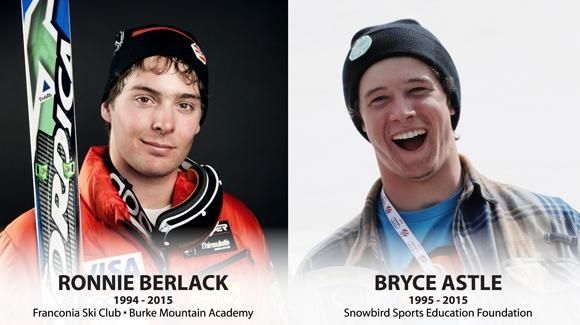 The U.S. Ski Team is mourning the loss of two promising development-level ski racers killed Monday morning in an avalanche in Soelden, Austria.

According to the the U.S. ski team, Ronnie Berlack, 20, and Bryce Astle, 19, died in the incident near the Rettenbach glacier near Soelden, the venue for the annual season-opening World Cup races.

“Ronnie and Bryce were both outstanding ski racers who were passionate about their sport – both on the race course and skiing the mountain,” U.S. Ski and Snowboard Association President and CEO Tiger Shaw told skiracing.com. “Our hearts go out to the Berlack and Astle families, as well as to their extended sport family. Both of them loved what they did and conveyed that to those around them.”

The two were among a group of six athletes freeskiing at the Austrian resort. The other four skied out of the slide and were not injured.

Berlack, from Franconia, New Hampshire, and Astle, from Sandy, Utah, were descending from the 3,056-meter Gaislachkogel when they left the prepared slope and apparently set off the avalanche.

“They all have the potential to be on the World Cup,” Alpine director Patrick Riml told The Associated Press. “These two boys were among the other eight boys who are our future. We believed in these guys, that’s why we selected them.”