ESPN’s Stuart Scott is remembered as a trailblazer, role model 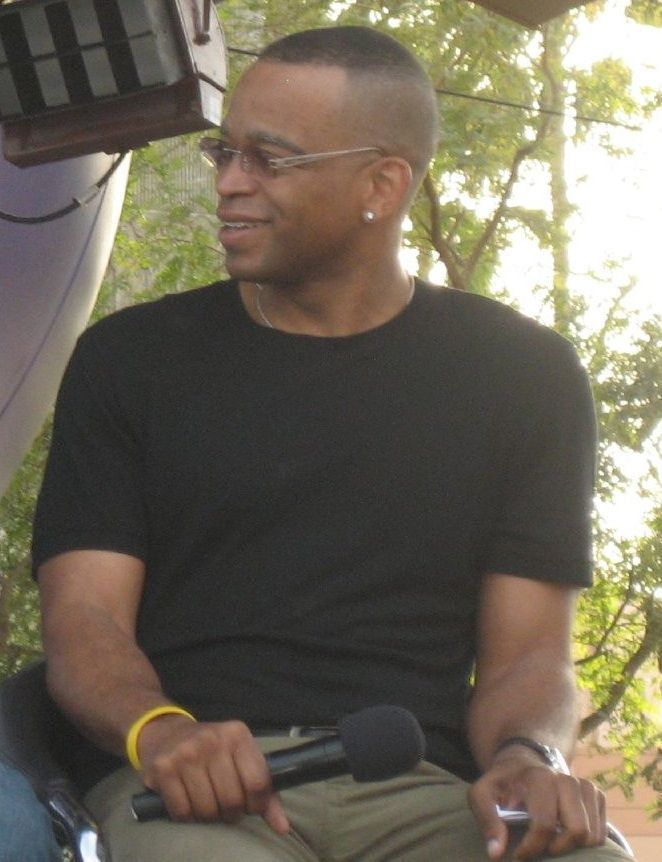 He did it with a wink, a smile and style.

Stuart Scott, the anchor who energized ESPN’s sportscasts with a fresh vibe filled with pop-culture references and catchphrases so out of the norm that viewers and sometimes his bosses didn’t know what to make of him, died Sunday of the cancer he had fought three times over the past seven years. He was 49.

Scott was one of the most recognizable and popular faces of ESPN, eventually joining the network’s “SportsCenter” and NFL and NBA shows. The highest-profile black sportscaster at the network, he joined ESPN in 1993, and his exuberant expressions, like “booyah,” “cool as the other side of the pillow” and “just call him butter ’cause he’s on a roll,” became his trademarks. It was a different tone, something LeBron James called an unmistakable “swag.”

“While he is now considered a trailblazer, he was once considered a leper,” his former colleague Bonnie Bernstein wrote on Facebook. “ESPN executives didn’t know what to make of him in the early ’90s. The hip-hop slang. The catch phrases the bosses didn’t understand. . . . Stu also had a polarizing effect on the air. There were plenty of viewers out there who felt Stu’s shtick was like proverbial nails on a chalkboard.

“And Stu knew it. We would talk about it. But you know what? He never wavered. Not one bit. He actually reveled in it. I always admired that about him and hoped the bosses would come to understand what I saw when Stu and I were on the road together covering the NBA playoffs. The guy was a superstar. The black players and the fans would flock to him. His star was as bright as [Michael] Jordan’s. Or [Shaquille O’Neal’s]. Finally, there was someone on the air who spoke their language. It was incredibly refreshing.”

Scott’s death resonated with top sports stars, many of whom had seen him work firsthand through bouts with the disease. Kobe Bryant, Kevin Durant, Tiger Woods and Jordan, among so many, tweeted their sympathy.

“I’m so sad to hear the news that Stuart has passed away,” Jordan said in a statement. Like Scott, Jordan attended the University of North Carolina. “He was truly a trailblazer in his field and, by refusing to change his style, made himself into a star. . . . He fought so hard against cancer and I hoped he’d win the battle. I sent my sincerest condolences to his daughters, Taelor and Sydni, and his family and friends. Booyah, my brother.”

President Barack Obama added that he would miss Scott, saying in a statement released by the White House: “Twenty years ago, Stu helped usher in a new way to talk about our favorite teams and the day’s best plays. For much of those 20 years, public service and campaigns have kept me from my family — but wherever I went, I could flip on the TV and Stu and his colleagues on ‘SportsCenter’ were there. Over the years, he entertained us, and in the end, he inspired us — with courage and love. Michelle and I offer our thoughts and prayers to his family, friends and colleagues.”

ESPN President John Skipper said in a statement: “ESPN and everyone in the sports world have lost a true friend and a uniquely inspirational figure in Stuart Scott. Who engages in mixed martial arts training in the midst of chemotherapy treatments? Who leaves a hospital procedure to return to the set? His energetic and unwavering devotion to his family and to his work while fighting the battle of his life left us in awe, and he leaves a void that can never be replaced.”

Scott’s cancer was first diagnosed when his appendix was removed in 2007. It recurred four years later and again in 2013. Scott fought the disease by working himself into shape with a mixed martial arts regimen that helped him cope with 58 infusions of chemotherapy and three extensive abdominal surgeries. He did not, he told The New York Times last March, know his prognosis.

“I never ask what stage I’m in,” he said then. “I haven’t wanted to know. It won’t change anything to me. All I know is that it would cause more worry and a higher degree of freakout. Stage 1, 2 or 8, it doesn’t matter. I’m trying to fight it the best I can.”

The fight limited his appearances on the network, and they became increasingly infrequent. “There are some days when I say, I don’t know how he’s doing it,” Mark Gross, an ESPN senior vice president for production, told the Times in March. Yet he was ubiquitous even in his absence on the broadcasts, as recently as last month, when his “NFL Countdown” colleagues paid an emotional tribute to him before a Monday night game.

Only in the past year or so had Scott gone public with his private battle, opening up about it in a stirring speech when he was given the Jimmy V Perseverance Award at the ESPYs in July. (That award is named for Jim Valvano, the North Carolina State basketball coach who died of cancer in 1993.) He was, as the network’s Sage Steele noted in the ESPN video, terribly ill at the time, and his appearance was in doubt until the last minute. But this was Stuart Scott. “He owned it,” Steele said of the moment. “It was Stuart, and it was perfect.”

“When you die, it does not mean that you lose to cancer,” Scott told the audience. “You beat cancer by how you live, why you live and in the manner in which you live.”

Scott’s teenaged daughters survive him, as does his girlfriend, Kristin Spodobalski; his parents; his sisters, Susan Scott and Synthia Kearney; and his brother, Stephen. Upon learning Scott’s battle had ended Sunday morning, his former “SportsCenter” partner Rich Eisen delivered a raw and powerful tribute on the NFL Network, where he works now. Scott, he said as he choked back his emotions, lived joyfully and without fear.

“I loved this man. I still love this man,” Eisen said. “The fact that he has passed away is absolutely mind-boggling and a travesty. He battled cancer as bravely as anybody else. I know there are many people out there battling cancer right now and Stuart would want you to know to keep fighting, to keep fighting and that he didn’t lose this battle to cancer. He fought it as bravely as he possibly could.

“And as you go to bed tonight, flip your pillow over to the cool side, and before you go to sleep, as Stuart would say, you hit your knees tonight and pray to the Big Man for his beautiful daughters whom he loved, Taelor and Sydni. Pray for Stuart and his family, his parents, his siblings, his girlfriend, his ex-wife, everybody who he loved. That includes you, the sports fans, even those who hated on him. He thrived on it. That’s because he is who he is and he was — I can’t believe it’s past tense — who he was.

“Stuart Scott is dead at the age of 49. I love you Stuart. Wherever you are, godspeed. Rest in peace.”