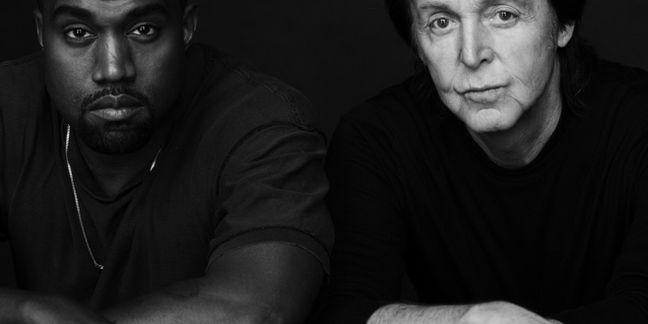 Regardless of what people may think of Kanye West, there is no denying he knows his music. The numerous awards and millions of albums sold bear that out.

However, some of his fans on social media are another story.

After West released his newest hit “Only One” Thursday with Beatles legend Paul McCartney, the response on Twitter had many music fans scratching their heads.

Several of West’s fans seemed to not know who McCartney was, much less the influence he’s had on the music industry.

On Twitter @OVOJosh stated “I don’t know who Paul McCartney is, but Kanye is going to give this man a career w/ this new song!!”

I don’t know who Paul McCartney is, but Kanye is going to give this man a career w/ this new song!!

And @CurvedDaily posted “who tf is paul mccartney???!??! this is why i love kanye for shining light on unknown artists.”

These type of tweets obviously angered the legion of Beatles fans, who took to social media to defend the icon.

According to @Sky_Razzball “Only thing makes me mad about the stupid McCartney/Kanye tweets is these damn kids have google. Ain’t no reason for your stupidity today.”

Losing hope in humanity by the minute. RT if you know who Paul McCartney is ? #TheBeatles pic.twitter.com/SJ3sDiPHwc

McCartney himself took the situation in good spirits. He took to Twitter on Friday and said: ‘For any of you guys who were wondering what I was doing with @kanyewest…Here it is: kanyewest.com Happy rocking new year!”