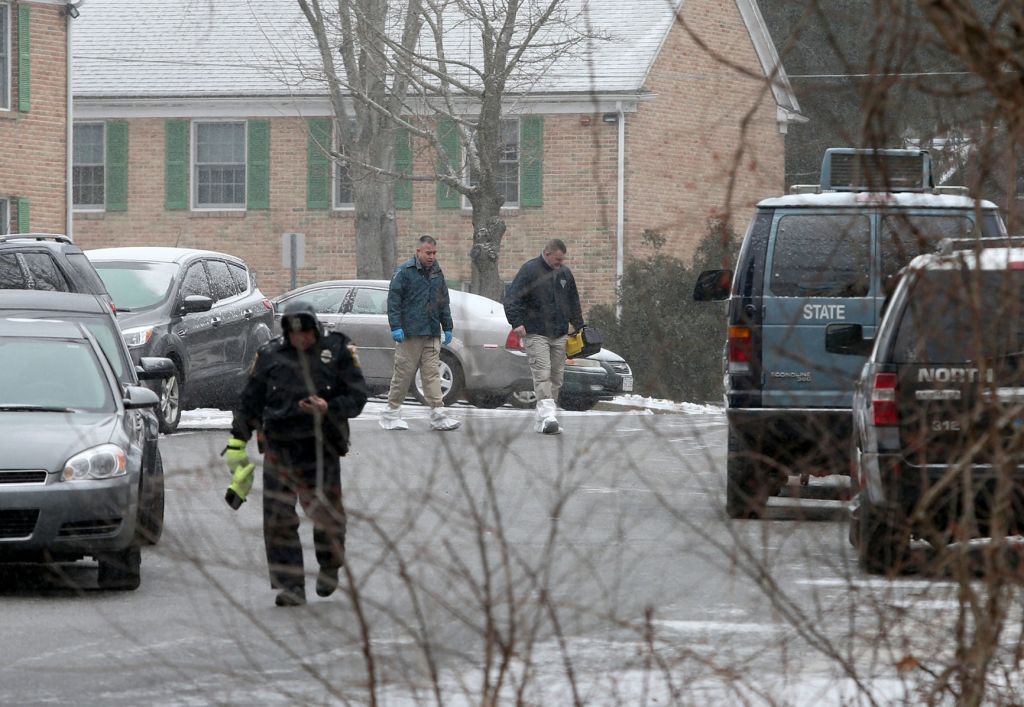 NORTH ANDOVER, Mass. — The bodies of three men were found Tuesday morning in their separate apartments at a public housing complex for the elderly and disabled about 30 miles north of Boston.

A 57-year-old resident of the complex has been charged with the murders. Blodgett identified the suspect as Salvatore Guglielmino.

During an afternoon news conference, Blodgett identified the victims as George Kettinger, 79, Walter Hamilton, 78, and a 68-year-old man whom he declined to identify. All were residents at 10 Fouls Terrace.

Blodgett said police received a 911 call at 9:07 a.m. The three victims were found in their separate apartments in the 4-unit building, Blodgett said. He did not speculate about the motive.

The medical examiner will do autopsies.

Guglielmino was to be arraigned Wednesday.

“I want to assure the public, they are safe. The person we believe committed this is under arrest,” North Andover Police Chief Paul Gallagher said.

Blodgett said the suspect did not have any recent history with the police.

While Blodgett said the crimes were “certainly horrific,” he did not feel the public was in danger.

Paula Crudale, administrative secretary of the North Andover Council on Aging, said she heard about the tragedy because she has friends who listen to the police scanners.

“You hear about something happening. It’s just awful. You never think it’s going to be something like that, ” Crudale said.

North Andover Housing Authority executive director Joanne Comerford said the complex at 10 Foulds Terrace contains 52 units of housing for the elderly and disabled. She was not able to provide any further information this morning.

Details for this story were provided by the Eagle-Tribune.

State Police crime scene investigators on the scene of…