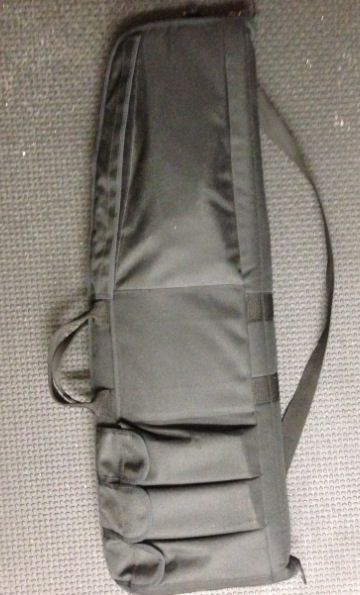 SALEM, N.H. — A good Samaritan returned a patrol rifle to police on Wednesday after an officer drove away with the weapon left on the back of his cruiser.

The officer lost the firearm, a Colt M4 Commando semi-automatic weapon, on Tuesday and an extensive search followed.

The officer put the rifle, in its black canvas bag, on his trunk in the police station parking lot at about 3:45 p.m. Tuesday, Lt. Joel Dolan said.

He forgot to put the weapon in his trunk when he headed out to respond to several calls, Dolan said.

It wasn’t until the end of his shift at approximately 11:45 p.m., Dolan said, that the officer realized he didn’t have his rifle.

Following news reports of the incident Wednesday, the person who found the weapon near an intersection returned it to the station, Dolan said.

Dolan said it was “the best resolution possible.”

“We fully understand the significant public safety risk posed by the loss of this rifle. This is undoubtedly a failure to follow established policy and procedures,” he said. “We are embarrassed as an agency and no one feels worse than the officer who lost the bag. We will conduct and internal investigation into the matter as well as review our practices to ensure that this event does not occur again.”