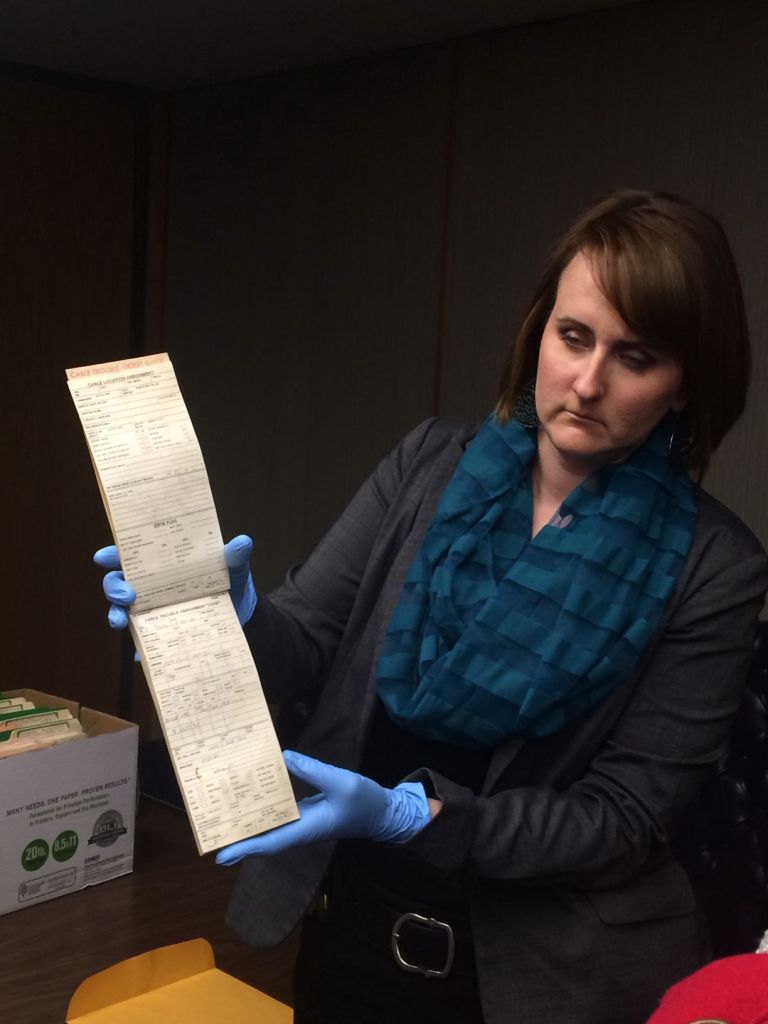 OKLAHOMA CITY — Cold cases are called that for a reason. After a period of time, all leads dry up and investigators are left with no direction to go.

That is what took place in the murder of University of Oklahoma student Tracey Neilson, who was found stabbed to death on her 21st birthday in her Moore, Oklahoma apartment Jan. 5, 1981.

The case had been filed away in the cold case file until this week when the Oklahoma State Bureau of Investigation (OSBI) presented evidence to the public in hopes of solving the 34-year old mystery.

“We’ve been working 34 years to solve this homicide and, with your help, we can do it,” said Jessica Brown, OSBI public information officer. “The person who brutally killed Tracey is still out there. He doesn’t need one more day of freedom, and together we can do this.”

According to the OSBI, several eyewitnesses put Neilson home just before noon after running several errands in Moore that Jan. 5th morning in 1981. After noon, friends and family called to wish her a happy birthday, but Neilson never answered the phone.

Her husband, Jeff, of five months, found her when he returned home around 5 p.m. at Jamestown Square Apartments, OSBI officials said.

Evidence presented by the agency Monday shows that an employee from a cable company could have been the last to see her alive. A cable trouble assignment ticket book shows that the last ticket in the book is for work at Neilson’s home at 11:51 a.m. the day she was murdered.

“It’s a piece of crucial evidence that could perhaps bring new life to this case,” OSBI Director Stan Florence said.

The director said for decades, agents have been working to identify the owner of the book, which does not show a company name. On the bottom left corner is a box for the employee’s name with three initials they’re asking the public to help them identify.

“We’d like to talk to that person and we’ll see where that leads us,” Florence said.

Many times, companies change records, take over or buy out other companies, so investigators are exploring and trying to find archives of information on employees from 1981.

Florence said the last information they had was that some of those companies, if they exist, may have been out of state.

“We’re exploring that, but honestly, I don’t know if we have a lot of hope that that will produce a lot of results,” he said. “But we think that anyone who did know somebody that worked in that field, especially in the Moore area in that time frame, they may look at those initials and be able to identify who that person was.”

Florence said they’ve actually had the ticket book for some time but did not release the information due to a confidentiality law. In 2011, the law was amended, permitting the OSBI director to authorize the release of information “to help develop leads that might be necessary to bring a case to a conclusion.”

“Once 2011 came around, we began to explore the idea of doing things of this nature,” he said. “We think we’ve pretty much exhausted our efforts there, so this is the time for the public to help us with this.”

Investigators have followed up on approximately 1,500 leads on the case, he said. Boxes of evidence sat on a table in front of a podium at OSBI on Monday showing the volume of work that has taken place over the past 34 years.

One of the best pieces of evidence in the case is a latent fingerprint that remains unidentified. Florence said in the 1980s, matching latent prints was a time consuming and exhaustive effort, especially if you had a known print but an unknown suspect.

“We all had great hopes that this new fingerprint technology would identify that particular print,” Florence said. “Unfortunately, to this day anyway, no print, no match has been made for that print, but the AFIS system itself has helped solve hundreds of violent crimes.”

Neilson’s sister, Cindy Young, also spoke at the OSBI press conference Monday, pleading for anyone who had any information to come forward. Every day since Neilson’s death, the family has had to live with the fact that they may never know who took her life that day, Young said.

If the family finds out, Young said they know it won’t bring her back, but it will give them some peace and closure.

“I truly feel that whoever it was could feel almost a sense of relief maybe to come and to finally admit it to us because we’re Christians and we can forgive,” Young said. “So I’m begging you, please come forward, please just do the right thing. It’s time. It’s time to do the right thing and it’s time for us to finally be set free from the agony of not knowing.”

The OSBI is offering up to a $5,000 reward for information leading to the arrest and conviction of the person who killed Neilson. The Moore Police Department is putting in another $1,000 and Neilson’s family is offering an additional $5,000, for a total reward of up to $11,000.

If anyone has any information relevant to the case, call the OSBI hotline at 800-522-8017 or the Moore Police Department.

According to Brown, the OSBI has already received numerous calls with information.