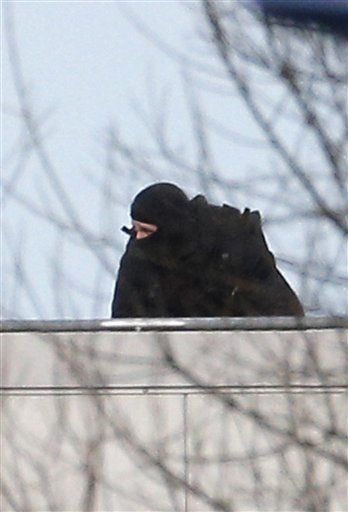 A hooded police officer stands on a roof in Dammartin-en-Goele, northeast of Paris, where the two brothers suspected in a deadly terror attack were cornered, Friday, Jan.9, 2015. Two sets of attackers seized hostages and locked down hundreds of French security forces around the capital on Friday, sending the city into fear and turmoil for a third day in a series of linked attacks that began with the deadly newspaper terror attack that left 12 people dead. (AP Photo/Christophe Ena)