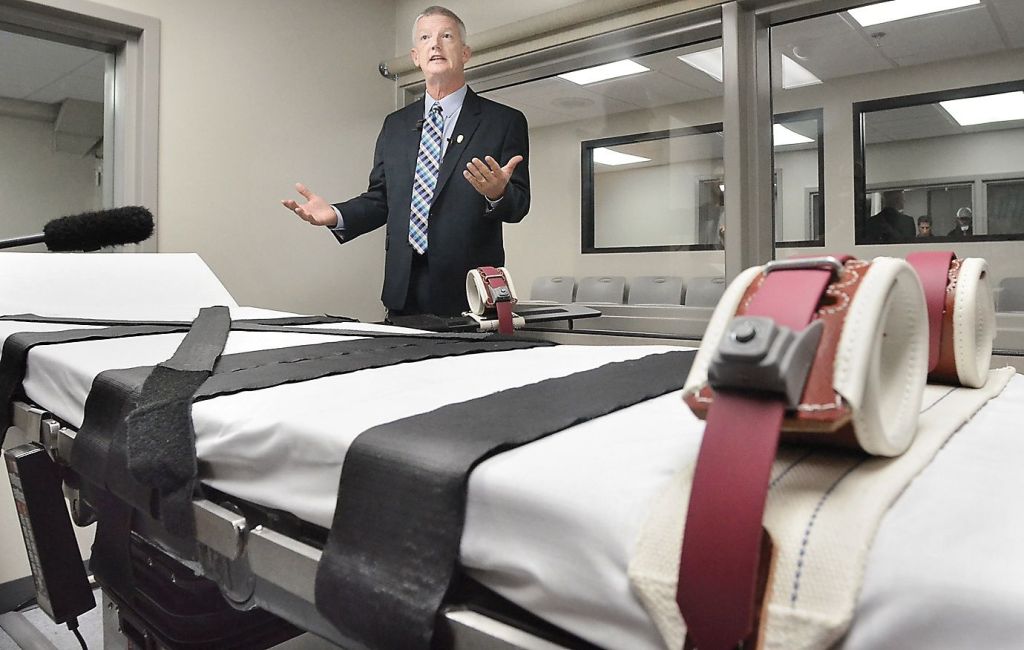 MCALESTER — The state of Oklahoma said it is prepared to resume executions this coming Thursday night at the Oklahoma State Penitentiary with the scheduled lethal injection of Charles Warner.

Warner, 47, was convicted of murder and sentenced to death for the sexual assault and slaying of 11-month-old Adrianna Waller in Oklahoma City in 1997. The mother of the victim, Shonda Waller, does not plan on attending the execution of her child’s killer and previously told a defense attorney she did not want Warner executed.

“In Warner’s case, no victim’s family will be there,” said DOC spokesperson Terri Watkins.

Warner would be the first inmate executed in the state since the botched execution of Clayton Lockett. Lockett writhed in pain for some 43 minutes before dying  in April, 2014, when an intravenous line used to deliver a cocktail of drugs shifted. The troubled execution made news across the world.

Warner was actually scheduled to die the same night as Lockett’s execution but it was postponed due to the problems with Lockett. Since then, the state says it has improved its facilities and protocols for carrying out death sentences.

“There are a lot of different people involved and are working hard to ensure that the execution goes according to protocol,” Watkins said.

Oklahoma will boost the dosage of midazolam during executions. It also increased training for participants, including a physician and paramedic responsible for inserting the IV line into the condemned, and making the IV line more visible to corrections staffers. The Department of Corrections will also utilize a “non-invasive” device to locate a vein in the condemned. The DOC remodeled it’s execution chamber and upgraded technology in the facility to allow for better monitoring of the inmate.

Watkins said Warner has been moved to a special cell where he is monitored 24 hours a day. The move is in accordance with the state’s new execution policy.

“The goal of this all is to carry out a statutorily mandated state execution,” Watkins said. “We want to do it to the best of our ability, and ensure that the law is properly followed.”

The victim’s mother went on record in January, 2014 and said in an interview with one of Warner’s lawyers that she was against the death penalty and she did not want Warner to die.

“(Executing Warner) would dishonor my daughter,” Waller said in the interview that was played in a clemency hearing for Warner.  “It would dishonor me and everything I believe in.”

The rape and murder of young Adrianna Waller happened on Aug. 22, 1997.

A 2006 court document states State of Oklahoma Medical Examiner Dr. Chai Choi said an autopsy revealed Adrianna “suffered a crushing type injury to her head and internal injuries to her brain.” She had also suffered fractures in her jaw and ribs and “her liver was lacerated and her spleen and lungs were bruised.”

Warner’s attorney, Madeline Cohen, said in an interview she will continue to work to prevent the execution.

“I am hopeful the courts will decide to stop the execution from happening,” Cohen said.

Late last week attorneys for Warner and three other Oklahoma inmates condemned to die, filed a stay motion in the United States Court of Appeals for the Tenth Circuit. The motion cites concerns over the use of the drug midazolam. Midazolam is used to produce a deep, coma-like state for the condemned to be executed. Attorney’s for Warner called the drug “experimental” in a statement.

“Midazolam was chosen by lawyers. It was chosen because it was available in the marketplace. It was chosen under time and political pressure of pending double executions. Midazolam is the ‘untried and untested alternative’,” the motion states.

The other inmates set to die at OSP in the coming months are Richard Glossip, on Jan. 29, John Grant, on Feb. 19, and Benjamin Cole, on March 5.