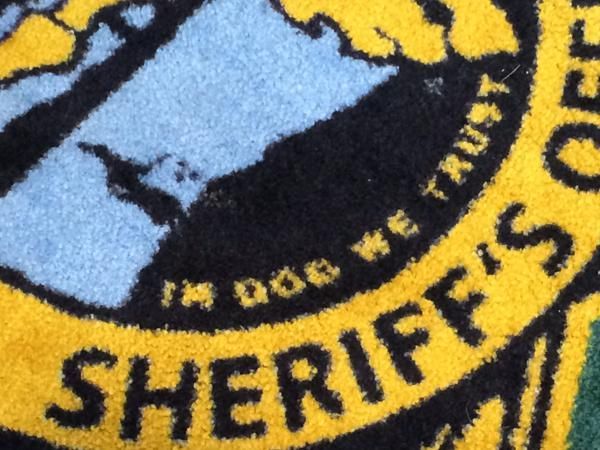 The Pinellas County (Florida) Sheriff’s Office is no longer violating the separation of kennel and state.

The officer’s weren’t trusting in God as they upheld the law in St. Petersburg and surrounding areas — they were trusting in “Dog”, at least according to the badge printed on one of the new, $500 rugs in the office’s entrance.

Pinellas County Sheriff’s Office got some nice new rugs. But one of them has an unfortunate typo! See it? pic.twitter.com/mz9xqVz8wJ

The error, according to the Department, was the rug manufacturer’s.

A replacement was ordered. The offending rug was rolled up and removed.

What will happen to it?

“That I don’t know,” said Department spokeswoman Cristen Smith. “I don’t know if they manufacturer was going to want it back or let us keep it.”