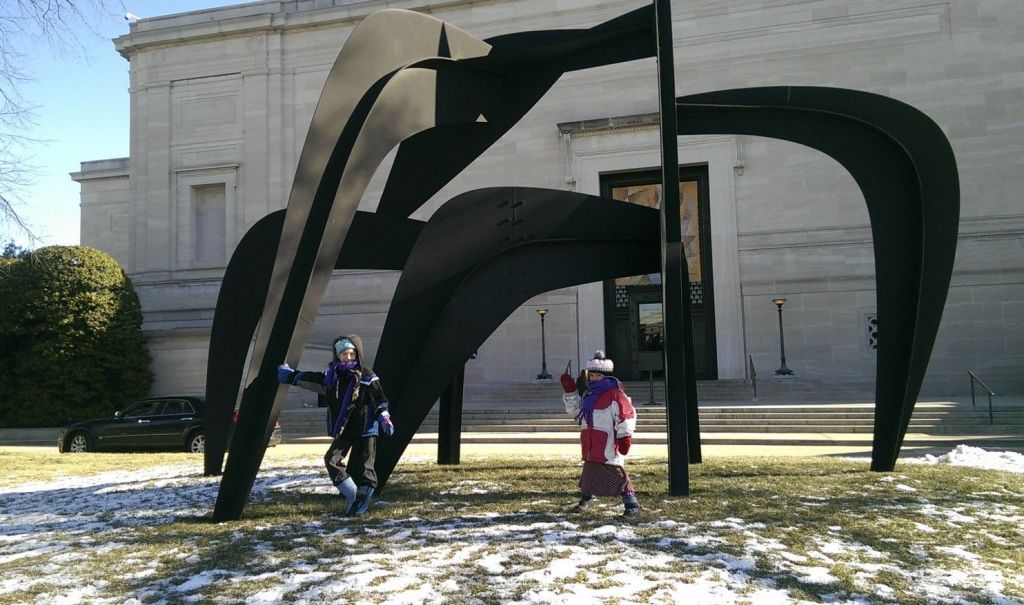 WASHINGTON — It was a one-mile walk home from a suburban park on a Saturday afternoon. But what the parents saw as a moment of independence for their 10-year-old son and 6-year-old daughter, they say authorities viewed much differently.

Danielle and Alexander Meitiv say they are being investigated for neglect for the Dec. 20 trek — in a case they say reflects a clash of ideas about how safe the world is and whether parents are free to make their own choices about raising their children.

“We wouldn’t have let them do it if we didn’t think they were ready for it,” Danielle said.

She said her son and daughter have previously paired up for walks around the block, to a nearby 7-Eleven and to a library about three-quarters of a mile away. “They have proven they are responsible,” she said. “They’ve developed these skills.”

The Meitivs say they believe in “free-range” parenting, a movement that has been a counterpoint to the hyper-vigilance of “helicopter” parenting, with the idea that children learn self-reliance by being allowed to progressively test limits, make choices and venture out in the world.

“The world is actually even safer than when I was a child, and I just want to give them the same freedom and independence that I had — basically an old-fashioned childhood,” she said. “I think it’s absolutely critical for their development — to learn responsibility, to experience the world, to gain confidence and competency.”

On Dec. 20, Alexander agreed to let the children, Rafi and Dvora, walk from Woodside Park to their home, a mile south, in an area of Silver Spring, Maryland, the family says the children know well.

The children made it about halfway.

Police picked up the children near the Discovery building, the family said, after someone reported seeing them.

Police on Wednesday did not immediately have information on the case. But a spokeswoman said that when concerns are reported, “we have a responsibility as part of our duty to check on people’s welfare.”

The Meitivs say their son told police that he and his sister were not doing anything illegal and are allowed to walk. Usually, their mother said, the children carry a laminated card with parent contact information that says: “I am not lost. I am a free-range kid.” The kids didn’t have the card that day.

Danielle said she and her husband give parenting a lot of thought.

She added: “Abductions are extremely rare. Car accidents are not. The number one cause of death for children of their age is a car accident.”

Danielle is a climate-science consultant, and Alexander is a physicist at the National Institutes of Health.

Alexander said he had a tense time with police on Dec. 20 when officers returned his children, asked for his identification and told him about the dangers of the world.

The more lasting issue has been with Montgomery County Child Protective Services, he said, which showed up a couple of hours after the police left.

Mary Anderson, a spokeswoman for CPS, said she could not comment on cases but that neglect investigations typically focus on questions of whether there has been a failure to provide proper care and supervision.

In such investigations, she said, CPS may look for guidance to a state law about leaving children unattended, which says children younger than 8 must be left with a reliable person who is at least 13 years old. The law covers dwellings, enclosures and vehicles.

The Meitivs say that on Dec. 20, a CPS worker required Alexander to sign a safety plan pledging he would not leave his children unsupervised until the following Monday, when CPS would follow up. At first he refused, saying he needed to talk to a lawyer, his wife said, but changed his mind when he was told his children would be removed if he did not comply.

“It seemed such a huge violation of privacy to examine my house because my kids were walking home,” she said.

This week, a CPS social worker showed up at her door, she said. She did not let him in. She said she was stunned to later learn from the principal that her children were interviewed at school.

The family has a meeting set for next week at CPS offices in Rockville, Maryland.

“I think what CPS considered neglect, we felt was an essential part of growing up and maturing,” Alexander said. “We feel we’re being bullied into a point of view about child-rearing that we strongly disagree with.”