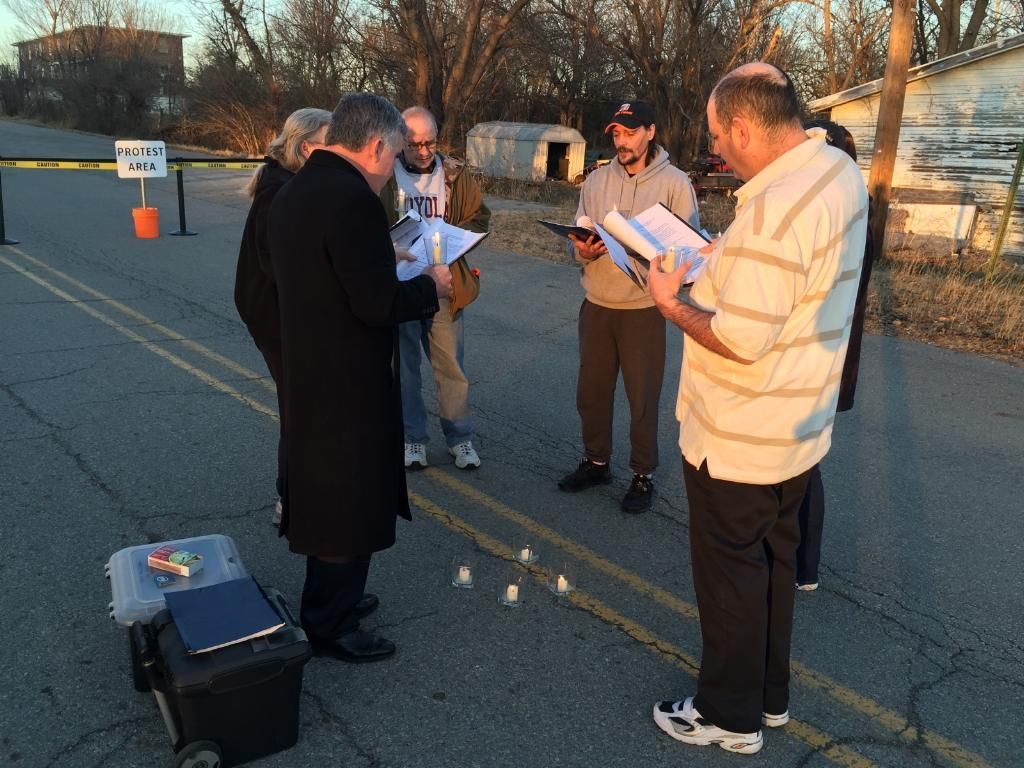 Oklahomans gathered to pray outside the Oklahoma State Penitentiary in McAlester as the state carried out the execution of convicted killer Charles Warner on Thursday.

They prayed for Adrianna Waller, the 11-month-old who was raped and murdered by Warner in 1997. They prayed for Warner. They also prayed for the Department of Corrections officials administering to the execution.

“After the mess of the previous execution, it really weighed on me to come out and pray for the victims,” said Karen Rinehimer, of McAlester.

This is Rinehimer’s first time to be a part of the vigil. Others have prayed through many executions.

Bryan Brooks, pastor at The Church of the Madalene in Tulsa, comes to the prison for every execution. Brooks leads the group through prayers and moments of silence. Brooks said he knew of other gatherings in Tulsa and Oklahoma City for those who couldn’t drive to McAlester who would be praying as well.

“I’ve been wanting to get out here but just haven’t been able to,” Trestman said. “Murder is wrong, of any kind.”

The group gathered for the first time after the botched execution of Clayton Lockett. It took more than 40 minutes for Lockett to die, prompting the state to revamp its execution protocols.

Despite the prayers, though, the execution proceeded as scheduled.

Dale Baich, an attorney working on behalf or Warner and others on death row, showed up at the vigil and thanked those in attendance.

“I’m disappointed of course but it’s not unexpected,” said Bryan Brooks when he learned the U.S. Supreme Court had denied a stay for Warner.

Dishman writes for The McAlester News-Capital in McAlester, Oklahoma.