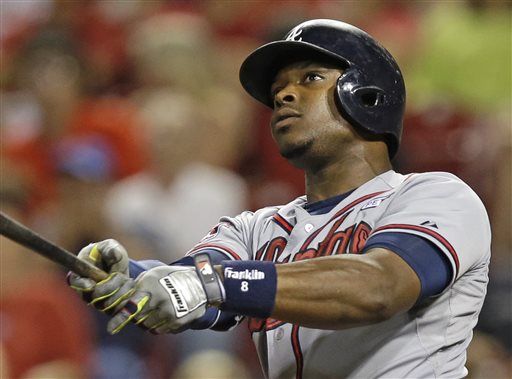 The guy responsible for their overhaul insisted Thursday they can still be a contender.

Long one of baseball’s most consistent franchises, the Braves have dealt away three of their top hitters — Justin Upton, Jason Heyward and Evan Gattis — and received only one player assured of being in the majors next season, pitcher Shelby Miller.

President of baseball operations John Hart acknowledged that the Braves made all the trades with an eye toward their long-term future. Yet, in a city that has endured only three losing seasons in the last 24 years, the deals have caused major consternation among the fan base, with many complaining that the team has given up on the next two seasons and is more concerned about being competitive when it moves into a new suburban stadium in 2017.

Not so, Hart told The Associated Press.

“We may not be the prettiest girl at the dance,” he said in a telephone interview, “but we’re going to be a lot of fun to dance with.”

On Wednesday, Hart dealt the power-hitting Gattis and a minor-leaguer to the Houston Astros for three prospects. Already this winter, the Braves got four prospects from San Diego Padres in exchange for Upton, while Heyward and reliever Jordan Walden were sent to the St. Louis Cardinals for Miller and another pitching prospect.

Hart, who took over the de factor general manager role after Frank Wren was fired with a week to go in a disappointing 2014 season, said it was imperative that the Braves moved boldly to get something in return for players such as Upton and Heyward, who were entering the final year of their contracts, and bolstered a depleted farm system that ranked among the worst in the game.

Gattis wasn’t a contract issue — he’s still got four more years before he’s eligible to become a free agent — but Hart said the Braves determined he wasn’t a viable full-time player at either catcher or as Upton’s replacement in left field because of defensive limitations.

A Texas native, Gattis said he was glad to be heading to a team that seems to have higher goals than the Braves.

“It seems like they are going into rebuilding mode,” he said Thursday. “I’m excited to be on a team that is looking to win — this next year, immediately. That’s a really good situation for me.”

Those words must be stinging to a franchise that won a record 14 straight division titles from 1991-2005, and captured the NL East title just two years ago. Under former owner Ted Turner, the team was able to spend freely to fill whatever need it had. The current owner, Liberty Media Corp., has imposed much tougher salary constraints.

It was highly unlikely that either Heyward or Upton would have re-signed with the Braves after the 2015 season, especially with the team still saddled with three more years on B.J. Upton’s $75.25 million contract. He has been one of the biggest free-agent busts in baseball history, and there’s little hope of team dumping his contract unless he has a major turnaround this season. The team also owes another $13 million to second baseman Dan Uggla, who was released by the team last season.

“We realized we couldn’t fix everything,” Hart said. “That gave us sort of a road map for what we wanted to do this winter.”

Hart said there could be some minor tinkering before the start of spring training, but no other major deals are expected. He said it’s likely the Braves will do a lot more platooning this season and look to be more creative in scoring runs, rather than relying mainly on the long ball.

Even with Justin Upton, Heyward and Gattis, the Braves still ranked next-to-last in runs scored in 2014. The offensive woes led to a late-season collapse that resulted in a 79-83 record, 17 games behind NL East-winning Washington.

“Look, we weren’t going to be favored even if we kept everybody and added two pitchers,” Hart said. “But I think the future is significantly brighter because of what we were able to do this winter.”