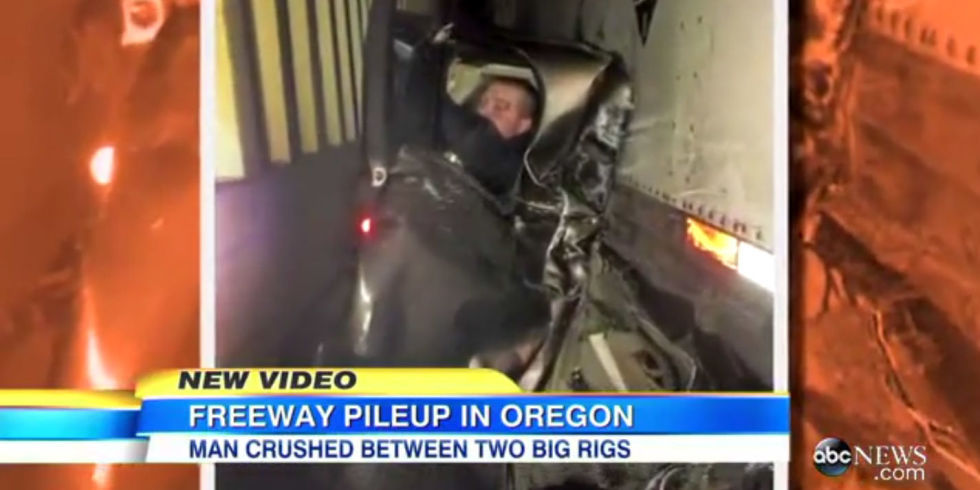 Kaleb Whitby’s Chevy Silverado slammed into the trailer of a jack-knifed semi at the very tail end of a 50-vehicle pileup caused by icy conditions early Saturday morning on Interstate 84 outside Baker City, Oregon. About ten seconds later, another semi slammed into him. He walked away with a couple of cuts on his fingers, but not before agreeing to a photo.