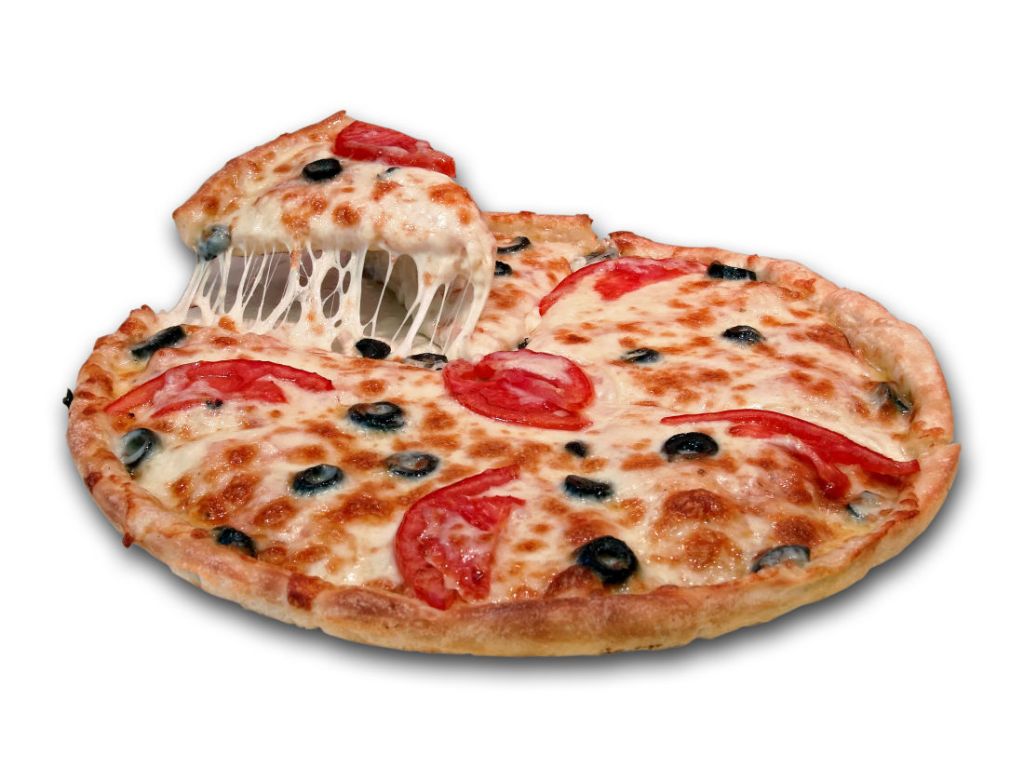 NEW YORK — Go ahead, give your kids pizza. Just maybe not so much of it.

A new study found that American children take in more calories, fat and salt on days that they eat pizza. That’s not necessarily because it’s worse than a burger or a side of fries. It has a lot to do with the way pizza lends itself to snacking – – and overindulging.

About 20 percent of kids eat pizza on any given day, and it’s their second-highest source of calories behind desserts like cake and cupcakes, the authors said. So parents should try to avoid giving pizza between meals as a snack. And if it’s served as a meal, it should be made with healthier ingredients and supplemented with salad or other vegetables and lean proteins in a bid to limit the number of slices consumed, Powell said.

“This is not saying don’t eat pizza,” said Powell, a professor of health policy and administration at the University of Illinois at Chicago. “It’s a nice opportunity for us to make some small changes because it’s such a prevalent item in children’s diets. Hopefully we can make healthy pizza the norm.”

U.S. pizza purveyors say they’re on board with that. Domino’s Pizza, one of the top pizza chains, has introduced slices for school lunch programs made with whole white wheat crust and lower fat and lower-sodium cheese and pepperoni, company spokesman Tim McIntyre said in an e-mail. He said Domino’s has provided online nutritional information for more than 14 years.

“We constantly look for ways to make our products ‘better’ without sacrificing taste,” he said. “This is an ongoing initiative.”

Pizza Hut has introduced new products like the low-calorie Skinny Slice. “We take health and wellness very seriously, and believe that every item on the Pizza Hut menu can be part of a balanced diet,” said Doug Terfehr, a spokesman for the chain owned by Yum Brands.

The researchers examined data on children ages 2 to 19 years who participated in the National Health and Nutrition Examination Survey between 2003 and 2010. More than 6,000 were asked to recall their diets over the past 24 hours on two nonconsecutive days, Powell said.

The study found that on days pizza was consumed as a meal or a snack, it made up more than 20 percent of total daily calories. When it was a snack, children ate an extra 202 calories and teens an additional 365 calories compared with days they snacked on other things. A moderately active child needs about 1,500 calories a day and a teen should have about 2,000. Sodium for both groups should be limited to about 2,300 milligrams, said Lisa Powell, the lead author of the study.

“Moderating pizza consumption should become another goal in our efforts to reduce obesity in U.S. youth,” William Dietz, one of the study’s authors and director of the Sumner M. Redstone Global Center for Prevention and Wellness at George Washington University, said in a statement.

It’s not just the amount of extra calories that are worrisome but the saturated fats and sodium, which can contribute to heart disease, said Sotiria Everett, a registered dietitian at the Katz Institute for Women’s Health at North Shore-LIJ Health System in New Hyde Park, New York.

“As with everything, you have to consider moderation,” said Everett, who wasn’t involved in the study. “Pizza should be a once-in-a-while type of food.”