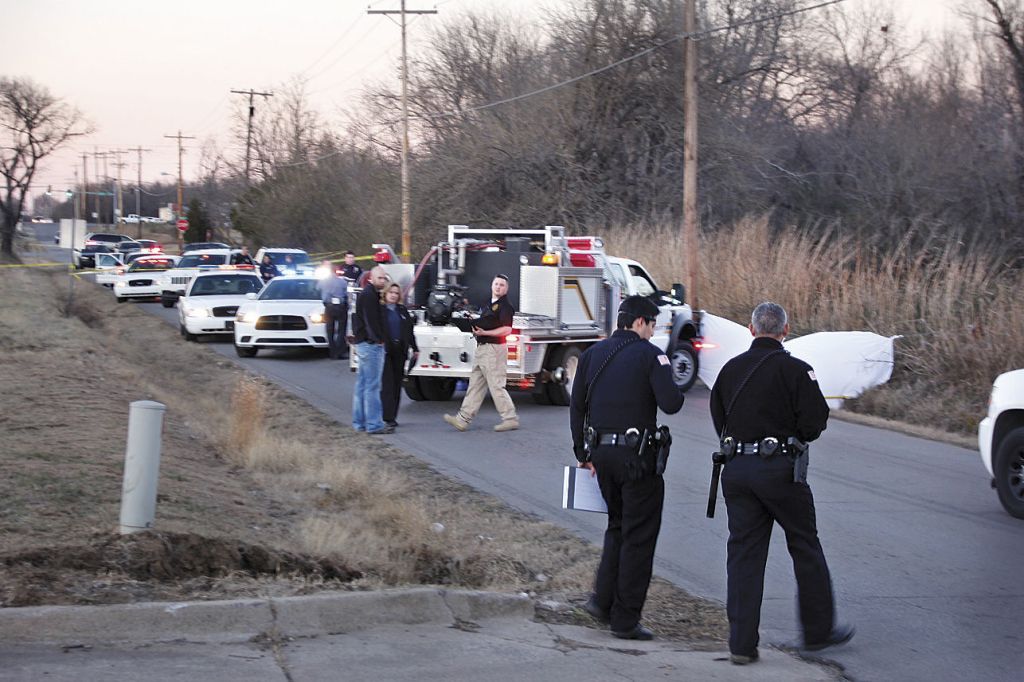 Police in Oklahoma shot and killed a 21-year-old man on Saturday, saying he was armed and had threatened to kill his ex-girlfriend and others at a church where a wedding was being held.

Officers were called to the Old Agency Baptist church after a woman, who identified herself as Walker’s ex-girlfriend, went to Pastor A.H. Jones and played a threatening voicemail from Walker that she receive earlier in the afternoon.

“He was threatening, filled with rage,” Jones said. “It was not a calm message at all. His mind was made up, he was going to kill her.”

Sgt. Michael Mahan, spokesman for the Muskogee Police Department, said Walker then showed up at the church with a loaded gun.

“He had made threats to kill an individual in the church, and our understanding is that he communicated to her that he had a bullet with her name on it,” Mahan said.

McMillin was the first officer to arrive at the church and was patting down Walker when he says Walker ran.

According to Mahan, when Walker ran, he dropped something, reached to pick it up and turned toward McMillin. McMillin shot Walker. Mahan said they found a loaded semi-automatic pistol near Walker’s body.

Jones said Walker “turned in a defensive mode toward the officer.”

“After 13 years of military, I know that means he’s fixing to shoot,” Jones said.

Mahan said they have witnesses who say Walker tried to hand off the gun to another witness who refused to take it.

Not long after the shooting, people began gathering around the area, speculating about what happened. Curious residents came from across town and gathered at the church. They crowded front lawns and side streets to see what was going on

McMillin is on routine paid administrative leave while the Oklahoma State Bureau of Investigation (OSBI) conducts an investigation into the shooting. He has been with the department since 2012.

McMillin’s body camera video will be released after the OSBI investigation and consultation with the city attorney and Muskogee County District Attorney’s Office, Mahan said.

This is the second time in the past seven months McMillin has been the focus of an officer-involved shooting.

On July 9, 2014 police were called to the scene of a fight between two men who were covered in blood.

According to police, one of those men, Angel Cerda, was armed with a utility knife and lunged at another officer when McMillin shot him twice. McMillin shot Cerda a third time after he refused to comply with commands.

Cerda survived the shooting and later told investigators that he intentionally acted in threatening ways so that police would shoot and kill him. That shooting was ruled justifiable.

Ridenour writes for The Muskogee Phoenix in Muskogee, Oklahoma.