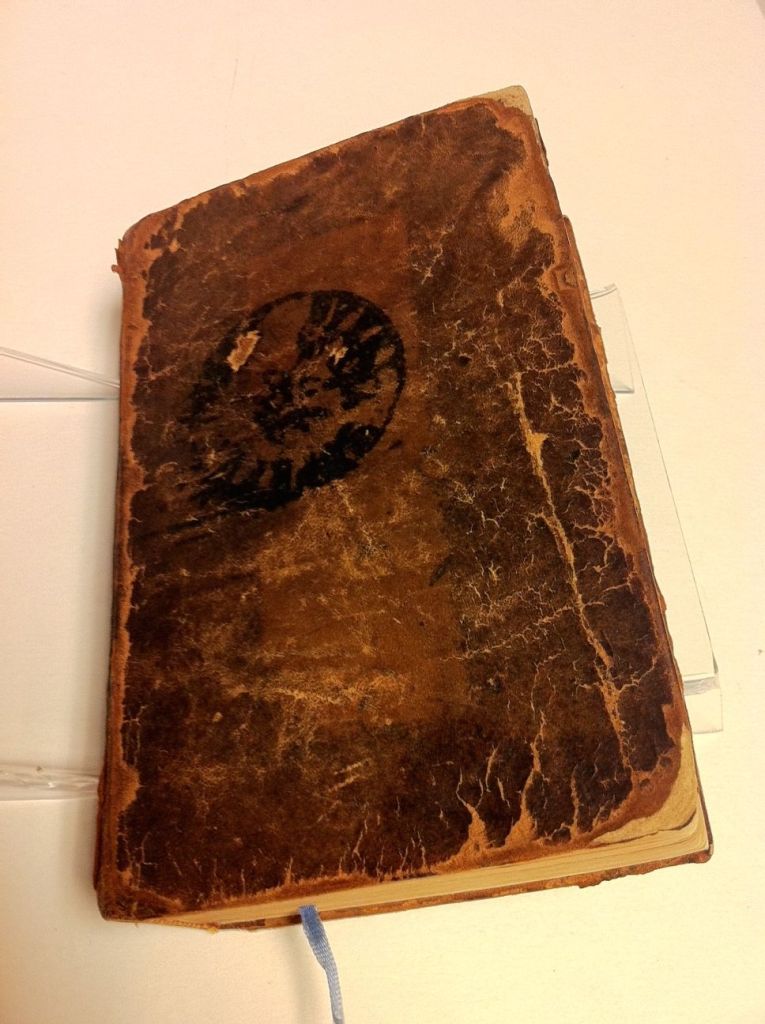 A nearly 200-year-old holy text with missing pages, stories of a thieving custodian and bickering history experts? It sounds like a plot of a made-for-TV movie.

But it’s actually a real life drama playing out in the archives of the Texas Supreme Court and the main actor is none other than historic figure and former President of the Republic of Texas, Sam Houston.

On Tuesday, incoming Governor Greg Abbott placed his hand on the tattered cover of Sam Houston’s Bible as he took his oath of office on the steps of the state Capitol. The historic tome has felt the palms of more than 30 governors and countless state officials as they continued one of the longest running inaugural traditions in the country.

Over the past five years, caretakers of the text have collected evidence questioning the age-old story of it’s provenance and now suggest that the time-honored tradition is based on bad information.

Initially, the book was believed to be from Sam Houston’s personal library, a tale corroborated by writing on the flyleaf matching his style. Houston was said to have given the book to the Texas court in the late 1800s, but no concrete record of that gift exists.

The greatest threat to the book’s origin story is that Houston’s signature is mysteriously absent, as the bottom half of the inscription page was torn off decades ago.

It was long-believed that the page was ripped off by a thieving janitor, who stole thousands of pages of Supreme Court scripts in the 1970s. However, a recently discovered news article from 1941 that describes the torn page in great detail has exonerated the janitor for the theft of the page, but still sheds no clarity on the whereabouts of the signature or whether or not the book belonged to Houston in the first place.

Despite the controversy, the historic significance of the text is without question. The book’s publishing date is in 1816, an undoubtedly formative time for the nation and a mere 20 years before the creation of the Republic of Texas.

While the debate over the Bible’s provenance rages on, many scholars still believe that it was Houston’s own. Mac Woodward, the director of the Sam Houston Memorial Museum, had the chance to see a copy of the flyleaf firsthand.

“As far as I could tell, it was Sam Houston’s writing. … I had the chance to compare it with other copies of his writing and it is identical,” Woodward said Tuesday.

Prominent Houston scholar and biographer James L. Haley also agrees that the proof is in the writing. In an article on the Texas Supreme Court website Haley confirmed “I can say with a high degree of confidence that the inscription is indeed in his hand. The formation of the letters is uniformly consonant with all that I have seen, and the rubric, especially, is unquestionably his.”

Even still, naysayers cite that the writing has never been fully examined by a forensic document examiner and that concrete proof of Houston’s ownership is still up in the air. The court would love nothing more than to see this mystery come to an end, but that doesn’t seem likely.

Amidst all the debate and mystery, that the book is at the very least historically relevant remains true.

“It’s not important to classify it.” Woodward said. “Whether it was his Bible or the one he used shouldn’t be important. The Bible is important because of its connection not only to him but its connection to the state of Texas and the surrounding community.”