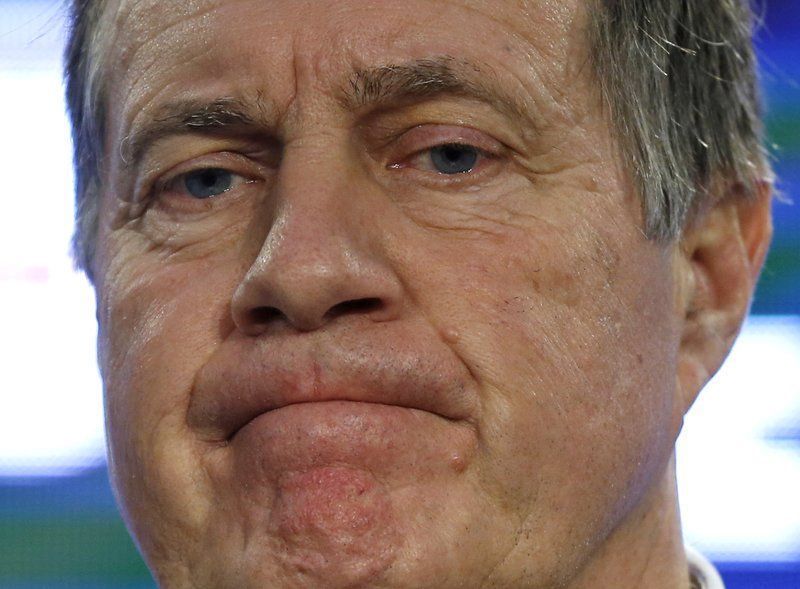 Let’s be honest. This is about America and Bill Belichick, and less about the Tom Brady and the New England Patriots.

This has always been about Belichick, the master “manipulator,” the Wizard of Oz-like character pulling strings behind the curtain, the evil genius and, well, “Darth Vader” in a grey hoodie.

He knew nothing … At least that’s what he said.

That is news, big news, because nobody could have guessed it. Belichick, the ultimate control freak, who takes “detail-oriented” to unimaginable levels, said he didn’t know about PSI — pounds per square inch.

What that means is Belichick is willingly putting his reputation on the national landscape. If the NFL has one iota of proof that Belichick had hired help deflating balls, he is finished, be it a year-suspension and/or fired by the Bob Kraft.

Commissioner Roger Goodell went against the public sentiment a few times recently, particularly when he meted out punishment for Ray Rice, following his two-punch KO of his wife. He barely survived that public relations disaster.

If Belichick was deemed responsible, which could still happen, I guess, Goodell would have to feed the national frenzy that despises the “arrogant” Patriots football CEO and coach.

Belichick, though, didn’t waver: “I was shocked to learn of the news reports about the footballs. I had no knowledge whatsoever of this situation until Monday morning.”

Those are fighting words.

He went on about how, during practices, footballs are messed with, making them harder to handle.

“Any time that players complain about the quality of the footballs, I make them worse and that stops the complaining,” said Belichick. “We never use the condition of the footballs as an excuse.”

While some people point to Belichick as now “throwing Tom Brady under the bus,” a better explanation might be that Belichick actually might be telling the truth.

Brady will be meeting with the media at 4 p.m. today (Thursday) He had better be prepared to state what he knew and when he knew it. Did he tell a ballboy to take the air out “after” the referee approved them in the locker room?

It could’ve happened, but I doubt it.

Every quarterback, from high school to the NFL, likes their footballs a certain way. Some have recently admitted they fiddled and diddled with the ball and the NFL never did anything to them.

But the quarterback is not the issue here, Belichick is.

And despite reverting to his old, painful self, not answering questions because of the ongoing investigation or his “lack” of knowledge — “I don’t have an explanation.” — he is either off the hook or he will eventually be in deep trouble.

From this perspective, unless damning evidence arises, Belichick is on to Seattle.

You can e-mail Bill Burt @bburt@eagletribune.com.