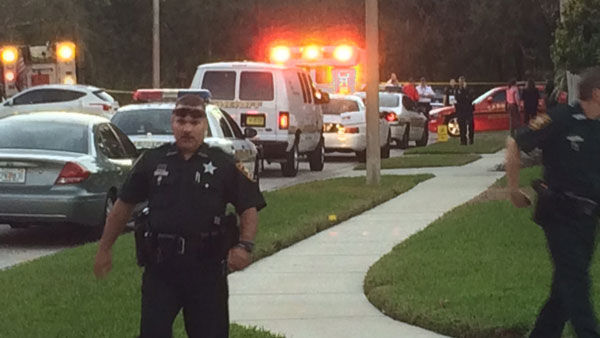 A Florida toddler accidentally shot and killed himself Wednesday after finding his father’s gun while left unattended in the family’s vehicle.

According to a release from the Pinellas County Sheriff’s Office (PCSO), 2-and-a-half-year-old Kaleb Ahles had entered the vehicle at some point as the family was loading it to move out of their home in Tarpon Springs. The child’s father, Kevin Ahles, 23, left a .380 caliber handgun secured in the vehicle, officers reported.

“It’s just one of those things that happens where everything lined up the wrong way where we had a 2-and-a-half-year-old that was able to take a gun, pick it up, turn it around, and he shot himself dead center in the middle of the chest,” Pinellas Country Sheriff Bob Gualtieri said, as reported by Tampa Bay’s WFLA.

Kaleb was alone inside the car, officers reported, when his father heard a loud popping sound.

As family members ran to the vehicle, Kaleb’s mother, Christina Nigro, 23, began CPR with the help of his aunt, while family members on scene called 911.

The toddler was transported by ambulance to the area’s nearby Trinity Hospital and was pronounced deceased at the hospital Wednesday evening.

“I don’t think anybody can punish these parents any more than what they’ve been punished,” the sheriff said, according to WFLA.