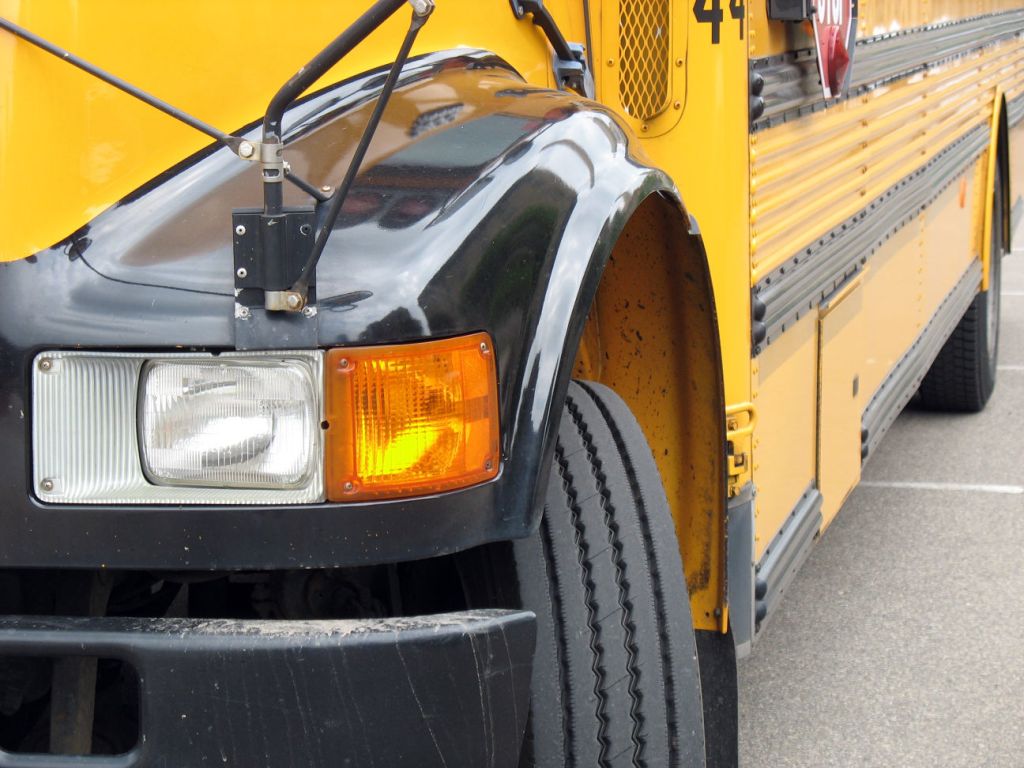 A New York state resident can blame a recent run in with the law on a faulty school bus, after a runaway tire led to drugs being found at her home.

According to the Niagara County Sheriff’s Office, a Ransomville Road school bus full of children lost two tires while driving in Wilson, New York, on Tuesday. One of the tires continued up the road, smashing through the storm door at Sheila A. Eckert’s home. The impact from the tire knocked the wooden door off its hinges.

Eckert was not at home at the time and efforts to contact her were unsuccessful, said Undersheriff Michael J. Filicetti.

The responding deputy, as well as a member of the Wilson Volunteer Fire Co., entered the home to secure the door. At that time, the deputy noticed a bag of marijuana sitting on the counter, in plain view. A small marijuana plant and drug paraphernalia were also in view of the deputy, Filicetti said.

According to Filicetti, the deputy and the firefighter secured the door, and the Niagara County Drug Task Force was notified.

While the responding deputy was speaking with members of the task force, Eckert returned home. She was then told about the damage to her home and was asked about the marijuana.

Eckert admitted that it was for her personal use. She also consented to a search of her home, which turned up the bag of marijuana and a small, dead marijuana plant.

Wilson was charged with unlawful possession of marijuana, issued an appearance ticket and released. She is due Feb. 10 in Town of Wilson Court.

Details for this story were reported by the Lockport (NY) Union-Sun Journal.