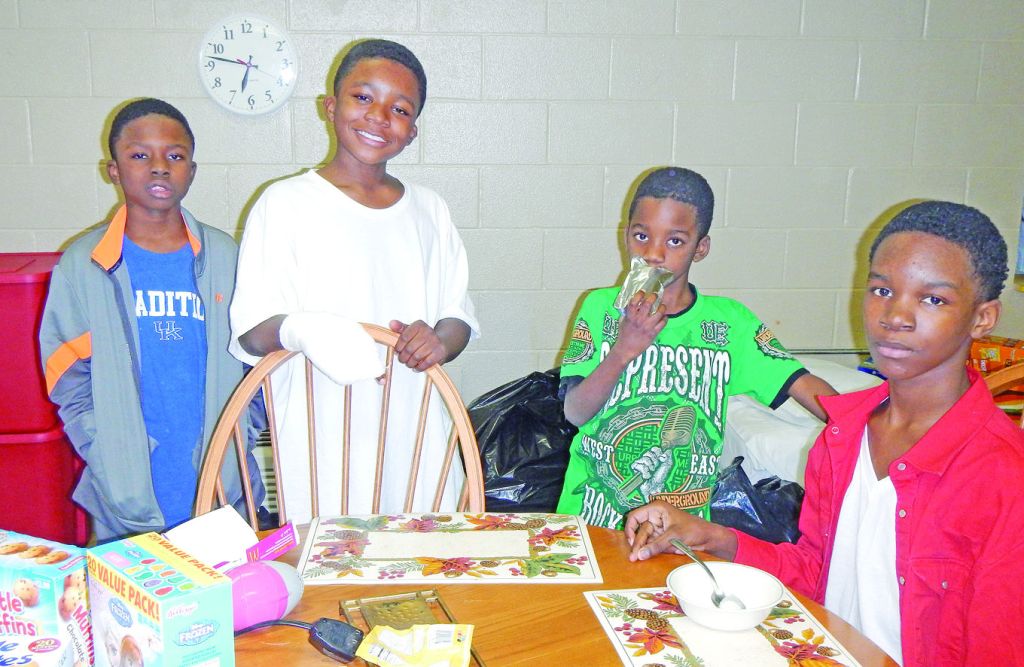 When their apartment caught fire on Jan. 17, Dewayne Legg, 13, told his mother he knew he had to get his brothers out.

Legg, of Glasgow, Kentucky, was home with his younger brothers Bryson Legg, 12, Taeron Legg, 10, Xzavion Legg, 9, and Prince Elijah Dell, 1, while their mother, Marilyn Hagen, was at work. Bryson Legg was in the kitchen doing dishes when a wax melt that was double-boiling on the stove caught fire.

“I screamed ‘fire!’” Bryson Legg said. “I grabbed the pot and went outside, threw it and the fire came back on my hand and burned it.”

Bryson’s hand is bandaged from the injury he sustained.

Dewayne Legg grabbed the fire extinguisher and aimed it toward the flames that were already beginning to reach the walls.

“But it didn’t work – the fire extinguisher didn’t work,” he said. “So then (the fire) got on the walls, went all across the walls.”

The fire took about five minutes or less to escalate, he said.

“After I went to go put it out, I took Bryson out the back door,” Dewayne Legg said.

He went to get his brothers that were up the stairs, but couldn’t.

“I couldn’t walk up the stairs because there was fire in front of the steps, so I had to jump on the couch over the stair railing at the top and go upstairs and get my brothers. And I came back downstairs and got out,” he said.

Taeron Legg said he didn’t realize there was a fire downstairs until he saw and smelled the smoke, but he was thankful his brother did.

Hagen said she got a voicemail from her son while she was working not far from home.

According to a press release issued Wednesday by Glasgow Fire Department Chief Tony Atwood, Dewayne Legg is going to be recognized at the February Glasgow City Council meeting.

“Seeing the condition of the structure and the amount of smoke and heat that was throughout the apartment on the first and second floors before the fire department’s arrival, it has been determined that the removal of the children from the upstairs apartment likely saved their lives,” Atwood said in the release.

“I am very proud of him,” Hagen said. “He really hasn’t talked a whole lot about it, he just said he just knew to get his brothers out because they were upstairs.”