It’s not a Barbie world: The challenges facing Mattel 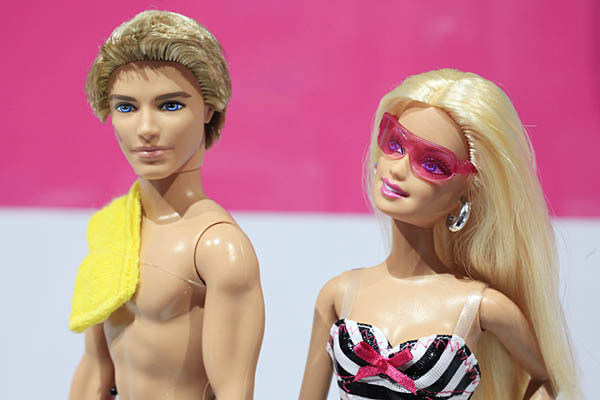 That’s the question investors are asking Monday after Mattel abruptly replaced Chairman and Chief Executive Officer Bryan Stockton. The move followed another dismal quarter for the world’s largest toymaker and a loss of market share for its signature doll.

The fate of Stockton — who had been at the company for more than a decade, the last three as CEO — appeared to be sealed after Mattel lost ground again during the holidays. Sales fell 6 percent in the fourth quarter, marking the second straight drop in what should be the Mattel’s most lucrative selling season.

The El Segundo, California-based company named board member Christopher Sinclair as its interim leader while it searches for a permanent CEO. Here are five of the top hurdles management will face as it tries to burnish Mattel’s toy chest:

IT’S NOT A BARBIE WORLD

Barbie is Mattel’s biggest brand, with estimated annual sales of more than $1 billion — about 15 percent of its total revenue. But after more than 50 years on store shelves, Barbie has fallen into decline. It’s lost market share to some of Mattel’s own brands, like Monster High, and hurt by the growth of Lego Friends — a line aimed at girls. There’s also this little film called “Frozen” you might have heard of (more on that later).

FISHING FOR A TURNAROUND

Many middle-class parents of young children spend lavishly on the tykes, so Fisher-Price would seem primed to do well. Instead, the toy line aimed at infants and toddlers has struggled. Mattel recently spruced up the look and feel of the products with the goal of making them more of a premium offering. Unfortunately, higher prices alienated some of Fisher-Price’s customers. The division’s sales fell 16 percent in the third quarter, and the company described the brand as its “most challenging.”

For decades, Mattel was seen as the toymaker for girls, while Hasbro dominated the boys market. But Hasbro is making inroads across gender lines. Thanks to hits like My Little Pony, Hasbro’s girls business topped $1 billion in sales for the first time in 2013. And the company has held on to its edge with boys, bolstered by Marvel and Star Wars licenses, as well as homegrown titles such as Transformers. Mattel, meanwhile, doesn’t have much on the boys’ side besides Thomas & Friends. And it lacks products tied to blockbuster movies that could appeal to older males.

“Frozen,” the Disney animated hit, has been a double-edged sword for Mattel. The company owns the main toy license for the movie and sells doll versions of Elsa and Anna. But there are plenty of other Frozen items in stores, making it harder to stand out. Plus, licensed goods are less profitable than homegrown brands because of royalty payments. Making matters worse: Hasbro won the bidding for Disney Princess and Frozen licenses from Mattel last year and will take them over in 2016. That will leave Mattel out in the cold.

NOT A GOOD TOY STORY

The broader toy industry has been in a slump for years, hurt by a shift in the way kids play. Children now pick up their parents’ iPad as a toddler and then get their own smartphone in grade school. The change does present opportunities for toy companies: Mobile games like Angry Birds and Candy Crush became huge hits and spawned extensive lines of merchandise — from plush toys to board games. So far, though, Mattel hasn’t seen much benefit from the app explosion.