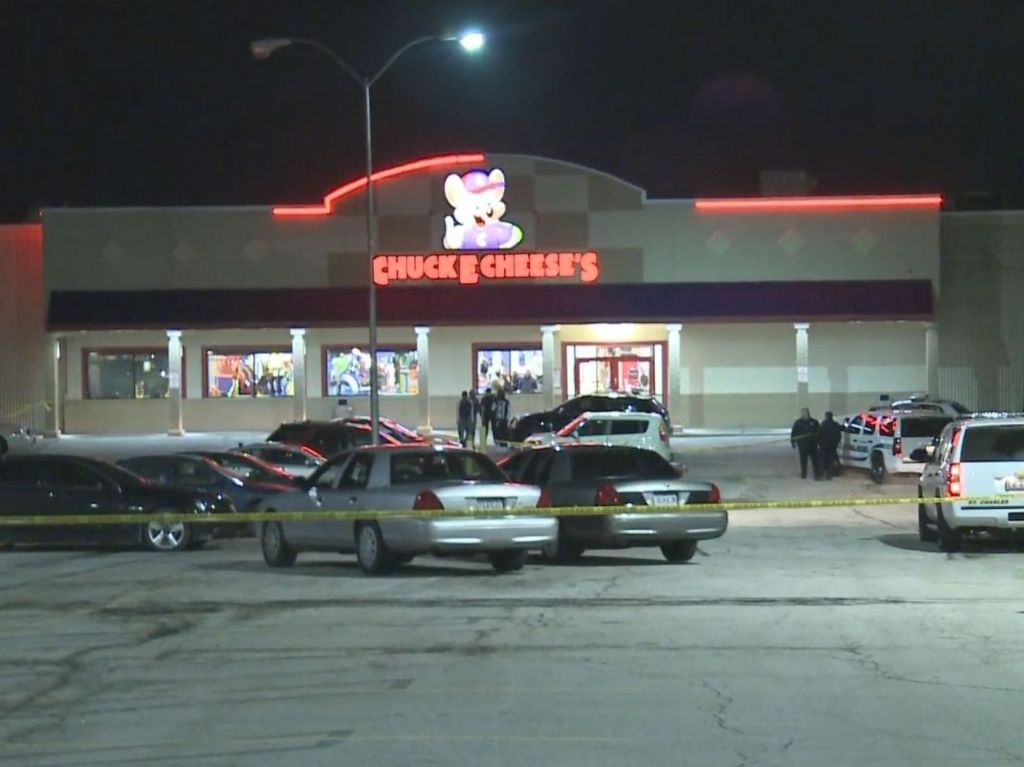 A birthday party at Chuck E. Cheese’s turned violent Monday night in St. Charles, Missouri. Police are now searching for two suspects as one person lies in the hospital in serious condition with gunshot wounds.

According to KTVI, a Chuck E. Cheese’s employee said the incident started at a kid’s birthday party in which several adult males were in a fight that escalated.

The worker, told KTVI that the gunman aimed the weapon at the store manager and then stood on top of a booth and fired at the victim.

Witnesses said the suspects chased the injured victim into the parking lot, where he was shot again.

Police were called to the restaurant at 8:24 p.m., where they found the injured male victim.

More than 30 adults and children were inside the restaurant at the time of the shooting. No one else was injured.

“Everyone’s pretty freaked out,” a 16-year old employee told The St. Louis Dispatch. “I don’t know if anyone’s coming back.”

The St. Charles Police have not release descriptions of the two suspects.