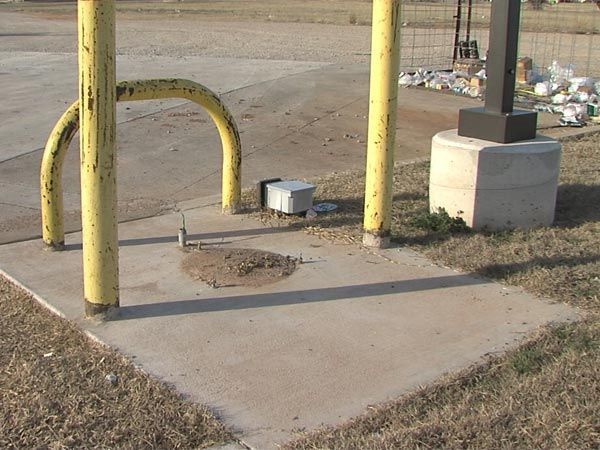 M. Afzal, owner of “The Convenience Store,”  is used to dealing with crime at his Lawton, Oklahoma business. Last month, one of his clerks had been robbed a gun point, so it’s something he’s been accustomed to seeing since buying the store in 2006.

However, Tuesday morning, even Afzal was caught off-guard when the latest crime was reported to him. Just after opening at 5:30 a.m. a customer told him that the store’s outside vacuum and air vending machine was missing, according to KSWO.

The customer was heading to work and stop by the store to put air in his flat tire.

According to Afzal, the air machine was anchored and bolted into the concrete.

Surveillance video shows a car pull in and park near the machine at 2:45 a.m. In five minutes, the suspects had the air machine and vacuum unbolted. It was loaded into the car and they took off heading toward the highway.

Afzal told KSWO that their may have have been $100 to $200 worth of quarters in the machine. But he couldn’t figure out any other reason they for the thieves to take the entire machine.