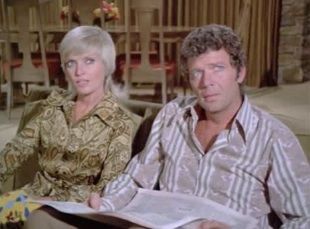 Football fans across America are gearing up to see the Patriots take on the Seahawks, but the big game won’t be all viewers are talking about on Monday. With the Super Bowl’s gridiron action comes advertising–and plenty of it. Often memorable and entertaining, these ads stick with viewers most times longer than rushing yard statistics and generate millions in revenue for brands like Old Spice, Frito-Lay and Pepsi among others. While nostalgia probably has you remembering Ridley Scott’s “1984” Apple ad or whispering Anheuser-Busch’s “Wasssssup?” made famous in those ’90s Budweiser ads, let’s look ahead and see a selection of what 2015’s Super Bowl XLIX has to offer.

Danny Trejo might not be the Marcia Brady we remember, but he’s certainly a hilarious stand-in. Falling in line with other “You’re Not You When You’re Hungry” ads that have featured celebs like Aretha Franklin and the late Robin Williams, this commercial perfectly pairs the family values of America’s favorite blended TV family with Trejo’s tough exterior…with a cameo by Steve Buscemi as the all too neglected Jan Brady. Talk about comedic genius.

2. eSurance Links Up With Lohan

Following her dalliances with substance abuse and legal troubles, former Disney kid Lindsay Lohan gets back to acting in the insurance company’s Super Bowl spot. The “Mean Girls” star, now 28, is said to be “thankful” to return to her craft, especially when practically the entire country will be watching. Check out the teaser below.

Reminiscent of commercials featuring Sally Struthers in the late ’80s and early ’90s, Kim Kardashian West wants you to be more conscious…of your data usage? In this ad parodying her known love of selfies, Kim shares the importance of preserving data through the company’s new “Data Stash” option.

In case you’ve ever wondered what happens to retired “007” James Bond actors, the answer is this: They do car commercials. To show off the 2016 KIA Sorento, the car brand gets Pierce Brosnan behind the wheel, who shows us that even though he’s given up the shaken-not-stirred Martinis, he’s still got a thirst for action and adventure.

5. NO MORE’s “Delivery” of A Serious Message

Getting the message out about domestic violence and sexual assault on one of television’s largest viewing nights isn’t an easy task by a long shot, but the NO MORE movement was up to the challenge. Using the audio from an actual 911 call in tandem with smart camera work, the movement urges viewers to take its pledge “to say no more” on Sunday.

6. BMW Takes Us On A Ride With Couric, Gumbel, & Technology

Twenty one years ago, The Today Show’s Katie Couric and Bryant Gumbel did their best to understand Internet technology so they could dispense the information to viewers. Now, we’ll see how they do with figuring out the power behind BMW’s new all-electric i3. Spoiler alert: Katie Couric may or may not know how to “twerk”.

Writer, actress, and all around funny gal Mindy Kaling is a lot of things, but is invisible now one of them? The insurance company’s Super Bowl spot shows viewers just a few of the things Mindy would do in a day if she was.

What do you get when you pair Skittles with former NFL player Kurt Warner? You get the candy’s first ever Super Bowl ad and a lot of excitement and awesomeness. Before you see Sunday’s spot, check out the party-themed tease below.

In the past, Hardee’s and Carl’s Jr., both owned by CKE Restaurants, have been known for their provocative, attention-grabbing commercials in past years featuring celebs like Paris Hilton and Kim Kardashian. In this latest spot, Carl’s Jr. sells it’s new All Natural Burger with a side of sex appeal, courtesy of Guess model Charlotte McKinney.

Would any collection of Super Bowl commercials be complete without one from Anheuser-Busch? The Super Bowl spot veterans don’t show much in this tease for Sunday’s Bud Light ad, but judging by the look of things, viewers are definitely in for some great fun and entertainment–even if only for a minute.