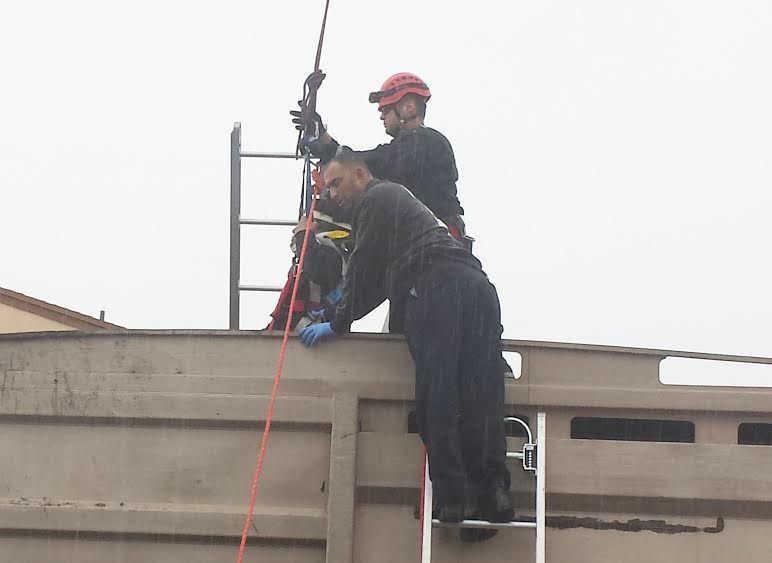 A man in El Paso, Texas was dumped over the weekend — by a garbage truck.

The El Paso Times reports that 22 firefighters were dispatched Saturday morning to rescue a man who was tossed into the back of a garbage truck when the dumpster he was sleeping in was emptied.

The driver eventually noticed screams coming from inside the garbage truck and reported them to the company’s dispatchers, who then called 911.

Officials said rescue personnel were able to fish the man from the rubbish at around 9:30 a.m., approximately one hour after he was dumped into the truck.

The man, whose name was not released, was treated at the scene and then taken to a hospital. His current condition is unknown.