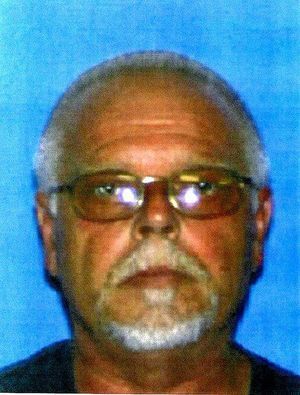 A karate instructor has been charged with two counts of kidnapping after authorities found him and one of his 13-year-old female students at a Missouri hotel early Sunday morning.

Steven C. Larson, 60, of Altamont, Illinois arranged to meet the girl and her parents in order to give her a ride to karate class, authorities said. But Larson and the girl were found at about 3 a.m. Sunday in Sikeston, Missouri, nearly 200 miles south of Effingham along Interstate 57. Authorities did not say if there was any other connection between Larson and his student.

Authorities began searching for the girl, and issued an Amber Alert, after a suspicious note was found in a car at the Amtrak station in Effingham. The note indicated the pair might be headed to Chicago, according to Effingham County’s First Assistant State’s Attorney Scott Ealy.

“But there’s no indication they ever got on a train or ever went to Chicago,” Ealy said.

“For the purpose, allegedly, of taking her to karate lessons,” Ealy said.

The girl was taken to a hospital in the Sikeston area, part of a routine examination. She is currently back in the Effingham area.