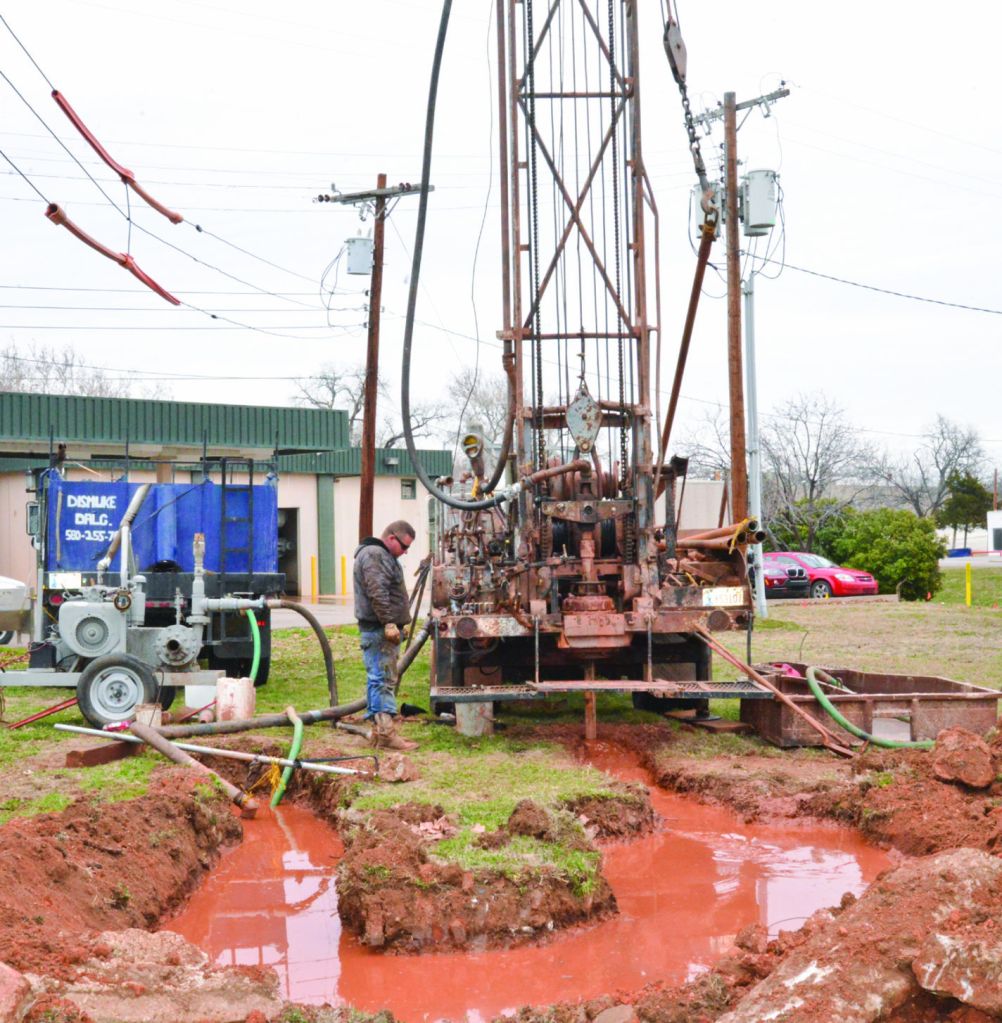 Water is a valuable commodity in Oklahoma these days. As of Jan. 31, 60 percent of the state was under some level of drought.

Because of that, Johnny Brown has been searching for other ways to keep his thriving car wash business afloat in Duncan, Oklahoma. With the drought causing the city to enforce strict water rationing regulations, Brown decided to bypass the middle man and drill his own well.

Brown, who owns five car washes in Duncan, sees the writing on the wall – or, rather, the writing in the rapidly receding lakefronts of southwest Oklahoma.

Duncan’s rewritten rationing law states that when Lake Waurika reaches 25 percent of its conservation pool, nobody gets an exception to the all-out ban on outdoor water usage.

The lake has been below 30 percent since the last few days of December 2014 and it’s been below 28 percent recently.

So, if the lake level keeps dropping, like Brown and others figure it will, he hopes to have a functioning water well behind one of his car washes.

According to Oklahoma Mesonet, the state’s weather network, the average statewide precipitation total for the last 60 days is 1.49 inches, more than two inches below normal. It’s the ninth driest period since 1921.

The drought in Oklahoma is into its fourth year and Brown sees it lasting at least another year or two.