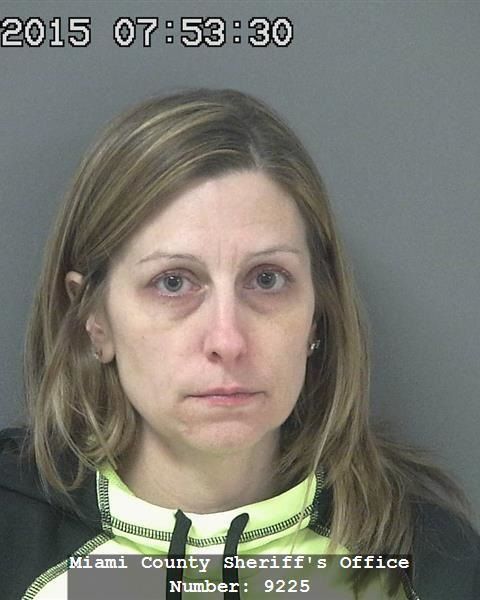 BUNKER HILL, Ind. – An Indiana assistant teacher is accused of having sexual relationships with two 17-year-old boys and buying them guns, alcohol, cars and thousands of dollars in other gifts.

Deputies say Michelle Ladd, 41, was working for the Maconaquah School Corporation’s alternative school program in 2010 when she started a sexual relationship with one of her 17-year-old students. She had allowed the student to work at her farm to earn money to pay to get his license reinstated.

The juvenile told deputies his first sexual encounter with Ladd happened in her home, where he lived for two weeks when he was placed on in-home detention, according to a probable cause affidavit.

During that time, the juvenile told deputies Ladd spent several thousand dollars to buy him alcohol and gifts, including two vehicles.

The juvenile turned 18 in 2011, and he told deputies he and Ladd continued their relationship until the summer of 2013.

Around that time, deputies said Ladd started another sexual relationship with a 17-year-old boy enrolled in Maconaquah’s alternative school.

Deputies said Ladd first started visiting the second juvenile when he was being held at the Kinsey Youth Center on a residential entry conviction.

The boy told deputies after he was released from the center, he and Ladd began texting each other about the different sexual acts they wanted to engage in, and started a sexual relationship in April 2013.

That juvenile turned 18 in September 2013, deputies said, and their relationship continued until November 2014.

During that time, deputies said Ladd bought him alcohol and thousands of dollars in other gifts. She also bought handguns and gave them to the juvenile, who was not allowed to own handguns because of his conviction, and gave him money to buy rifles, a weapon he could legally own.

In January, deputies interviewed Ladd, who admitted she met both juveniles through Maconaquah’s alternative school and engaged in sexual relationships with them.

Ladd was incarcerated at the Miami County jail on a $56,000 bond. She bonded out shortly after her arrest.