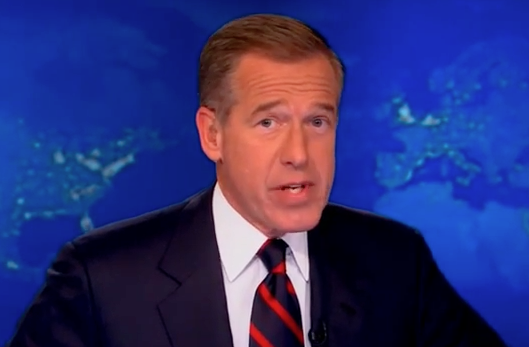 NBC News launched an internal investigation Friday into statements made by its lead anchor, Brian Williams, about his reporting from Iraq in 2003, as well as stories he told about his award-winning coverage of Hurricane Katrina in 2005.

The investigation, confirmed by NBC officials, represents a change in the network’s attitude toward its popular anchor only a day after senior managers appeared to have accepted his apology for misstating the facts surrounding his excursion on a military helicopter while reporting on the start of the Iraq war nearly 12 years ago.

The network’s investigative editor, Richard Esposito, will probe Williams, whose top-ranked nightly newscast is viewed by 9 million daily. The announcement suggests that NBC considers the storm around Williams to be a serious threat to his credibility and integrity, perhaps the most-important qualities for a person charged with delivering the evening news. At the least, the investigation is a personal setback for Williams, a polished TV presence who has displayed his wit and charm on entertainment shows as well as newscasts.

Since the Iraq story came to light Wednesday, questions have been raised about discrepancies in stories Williams told about what he witnessed while reporting during Katrina and its aftermath.

NBC’s new scrutiny of Williams suggests that he could face disciplinary action — something that network managers were saying Thursday was a remote possibility.

NBC said Friday it would not comment on its investigation or on Williams, who anchored “Nightly News with Brian Williams” Friday evening as scheduled and did not address the mounting questions.

NBC News President Deborah Turness announced the probe in an internal memo Friday. Williams has apologized for falsely saying on the air that he was in a helicopter hit by a rocket-propelled grenade in Iraq in 2003, and he apologized Thursday and again Friday to his colleagues, Turness wrote.

“We have a team dedicated to gathering the facts to help us make sense of all that has transpired,” she added. “We’re working on what the best next steps are.”

Williams and NBC won a Peabody Award for reporting on Katrina’s impact on New Orleans and its surroundings. Williams had recently ascended to anchor, and he flew to report live on the Category 5 storm a few days before it struck Louisiana on Aug. 29, 2005. Williams reported daily from the city’s French Quarter and its convention center and Superdome, where residents sought shelter.

But the anchor has made several inconsistent statements since then about what he saw and reported from the city.

In a documentary aired in October 2005 on the Sundance Channel, “In His Own Words: Brian Williams on Hurricane Katrina,” Williams said, “We’d heard the story of a man killing himself, falling from the upper deck” of the Superdome, which sheltered thousands in chaotic circumstances.

But in a subsequent video chat with former NBC anchor Tom Brokaw after he accepted the Peabody Award, Williams’s story changed from hearing about the suicide to witnessing it. “We watched . . . all of us watched as one man committed suicide” inside the Superdome, he said.

A suicide did occur inside the Superdome, The Washington Post reported at the time, though the National Guard official who confirmed the death said the man did not jump from the fourth level.

Furthermore, if Williams had witnessed the episode, he did not report it to his viewers. On Sept. 1, 2005, he left New Orleans because the situation in the city “had become too dicey,” he said in the documentary, and he anchored his newcasts in nearby Metairie, Louisiana, then Baton Rouge.

Another claim by Williams — that he watched as a dead body floated past his Ritz-Carlton hotel window — is difficult to substantiate. The hotel is located at the edge of the French Quarter, most of which remained dry.

In an interview Friday, Gregory Henderson, a pathologist and New Orleans native who had checked into the Ritz to ride out the storm, said the water “was definitely waist-high, and I watched people wading through it, carrying their belongings over their heads. I didn’t see any bodies floating in it.” The Sheraton hotel, a few blocks away and closer to the Mississippi River, remained dry, he said.

A 2008 Lousiana report that mapped all Katrina-related fatalities does not indicate that any bodies were found near the hotel.

Williams, 55, has also said that his hotel in the French Quarter was at one point “overrun” by marauding gangs, that he became sick with dysentery from accidentally ingesting floodwater, and that he had to be “rescued” from the hotel stairwell by a police officer, who “got me back to work.” The Ritz was evacuated Sept. 2, Henderson said. By then, Williams was reporting from Baton Rouge, and when he returned to New Orleans on Sept. 7, it’s not clear where he stayed.

The officer who Williams said rescued him, Matthew Pincus, could not be reached for comment Friday.

Despite repeated requests since Wednesday, Williams has not been available for interviews.

During the chaos in New Orleans after the levees broke, sensational accounts abounded, often given as official information by local leaders and law enforcement, and broadcast uncritically by the media. But the differing recollections that Williams has offered came well after the fog of the storm subsided.

On Friday, a former soldier who had partially corroborated Williams’s account of an attack on his helicopter during the Iraq War withdrew his comments, raising more doubts about the story.

Rich Krell, a former Army pilot, told CNN on Thursday that his helicopter sustained damage from small-arms fire and was forced to land when he was transporting Williams and an NBC crew at the war’s start in 2003.

Krell’s recollection seemed to lend support to Williams’s story of coming under fire from rocket- propelled grenades and AK-47 rounds when he covered the war. Williams repeated the anecdote several times, including on the David Letterman show in 2013 and on his broadcast last week.

On Friday, however, Krell recanted. He told CNN that his memory of the event was faulty and that he was not the pilot of Williams’s helicopter.

That left Williams without any eyewitness support for his account. He has previously said he “conflated” his memory of traveling in the undamaged helicopter with another helicopter that had been struck and damaged several minutes before his landed at the same location.