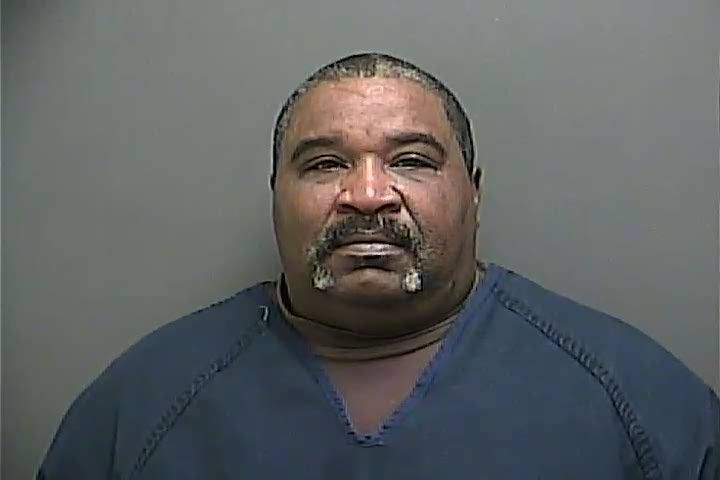 A Kokomo, Indiana firefighter was arrested on a felony warrant Thursday for residential entry after police say he entered the house of a Kokomo police officer he previously dated uninvited.

According a probable cause affidavit, Larondo Von Cascaden Kirby, 46, who goes by Von, went to the house of Kokomo Police officer Tammy Cody uninvited on Sunday, February 1.

Cody and Von Kirby previously were in a relationship and had lived together, though Cody said it had been three years since they broke up, the court documents state. At about 1 a.m. Sunday, Von Kirby was driving past Cody’s house when he noticed a trunk belonging to his uncle, Boyd Kirby, parked in the driveway. Angry, he left, only to return later ready to confront his uncle.

Von Kirby told police he could see Cody and Boyd Kirby inside the residence as he stood on the front step knocking on the door and shouting at the people inside. Cody told police that although the door to her home was locked, it was easily breached.

Cody told investigators that although both Von Kirby and Boyd Kirby regularly carry handguns, there were no threats and no guns involved in the incident. Von Kirby told police he had left his weapon in his vehicle.

Cody told police she didn’t want to file charges against Von Kirby, but her supervisor asked her for an interview anyway. Police detectives also interviewed Von Kirby and Boyd Kirby about the events of that night.

Von Kirby turned himself in to the Howard County jail Thursday and bonded out Friday after posting $900, 10 percent of the $9,000 bail.

A 27-plus year veteran of the Kokomo Fire Department, Kirby currently serves as a chauffeur.

If convicted, Von Kirby could face up to two years in prison.