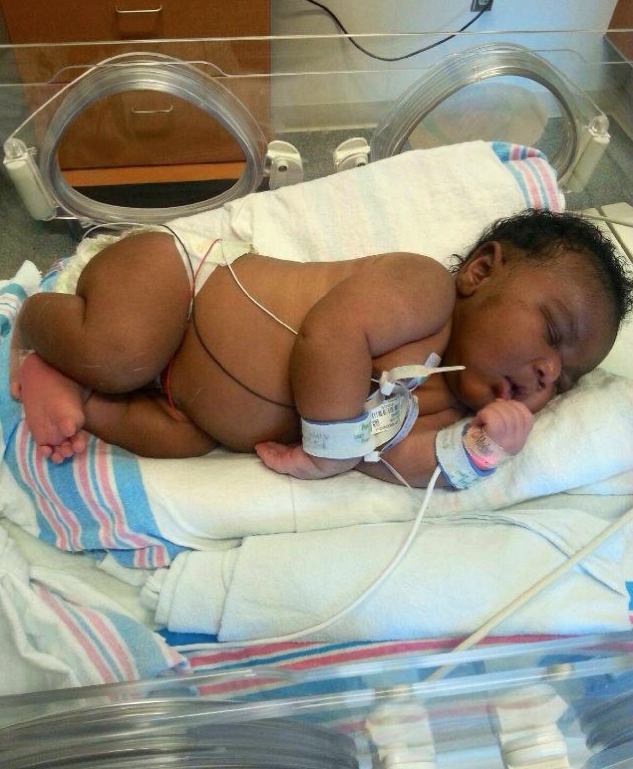 Doctors had told Maxxzandra Ford her third child would be big. Maybe 10 pounds.

“When I felt his head come out I knew he was bigger than 10 pounds,” Ford told reporters at a recent press conference at Tampa Bay’s St. Joseph’s Women’s Hospital

But when nurses told her how much bigger, she didn’t believe it.

“What?” Ford replied. “My baby weighed what?”

Born Jan. 29, Avery Ford is the largest baby ever delivered at St. Joseph’s, and Maxxzandra delivered him naturally. It took 18 hours.

Ironically, Ford claims she didn’t even know she was pregnant with what nurses called her “adorably huge” baby until her third trimester.

“I didn’t gain any weight,” she said.