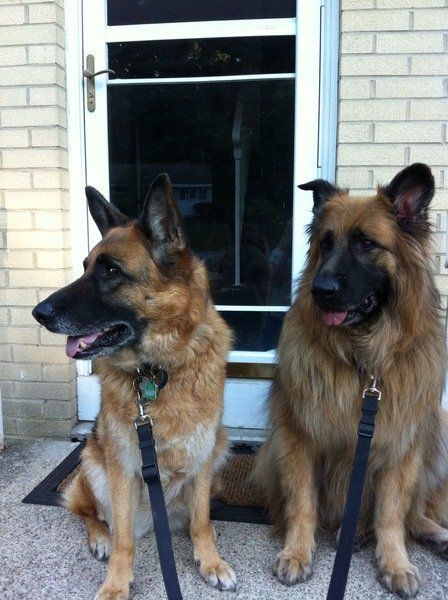 BEVERLY, Mass. — A family has two pooches to thank, after their loyal pets helped save a household member facing a dire emergency outside.

Lisa Gaffney went out to her car one evening last week at about 9 p.m., and she didn’t have her cellphone with her since she was coming right back, according to her boyfriend, Keith Rando.

But she slipped and fell in the snow. Due to recent back surgery, she couldn’t get up on her own, Rando said.

She was outside for close to an hour, screaming for help, but the rest of the household — including Rando’s daughters, Dena and Jessica — didn’t hear her.

But her absence from the home didn’t go unnoticed — Gaffney’s two German shepherds, 6-year-old Blitz and 7-year-old Mackie, noticed something was amiss.

The inseparable dogs barked like crazy, Rando said. They got the attention of the two daughters, who made their way outside and soon found Gaffney, chilled to the point that her glasses had frosted over.

The family brought Gaffney in, warmed her up, and now have Blitz and Mackie to thank for her rescue.

“It goes without saying, this could have been a fatal situation,” Rando said.

Now life is back to normal … well, almost, according to Rando. The dogs now have extra bones to show for their loyalty.

Details for this story were reported by The Salem News in Salem, Massachusetts.