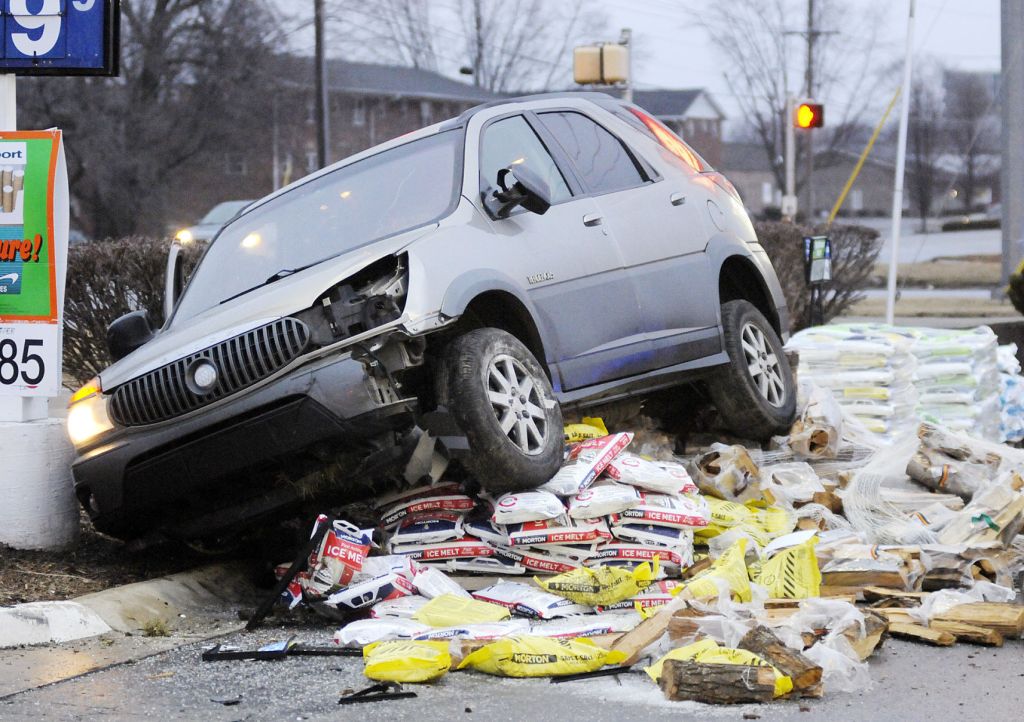 Jerry Clapp, 43, of Greenwood, Ind., was preparing to fill the underground fuel tanks at an area Speedway gas station when the vehicle police were chasing crashed within feet of him.

The fuel tanker was loaded with 8,500 gallons of gas and diesel at the time, Clapp said.

“That could’ve been ugly for all of us,” he said as gas station employees picked up scattered debris from the accident.

The driver was fleeing from police after an alleged shoplifting incident at Menards, an area home improvement store. During the chase, police were reporting speeds in excess of 100 miles an hour, which lasted more than 14 blocks.

When asked how fast the woman was traveling at the time of the crash, Clapp said it was hard to determine.

“Fast enough to be airborne,” he said.

The woman’s vehicle landed precariously on top of a pile of firewood, and the vehicle’s passenger door was still ajar minutes after police had apprehended the woman. Loud music blared from the vehicle that still had its lights on.

The woman was immediately taken into custody by police.

Clapp said he feels divine intervention saved him from being in a terrible incident.

“I got a Bible lying in my dash and that thing has saved me more times than I can tell you,” he said. “If I had been where I was supposed to be it would’ve been bad. She probably would’ve been right there in the cab of my truck. It’s kind of crazy.”