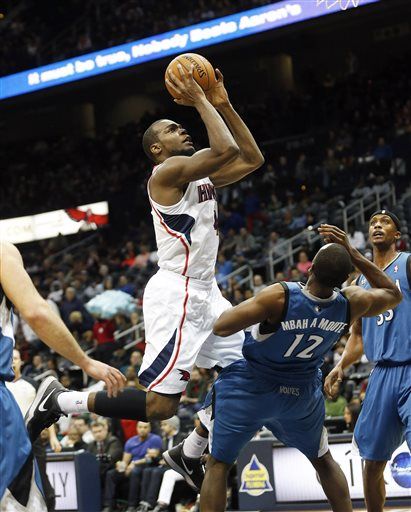 FILE – In this Feb. 1, 2014, file photo, Atlanta Hawks forward Paul Millsap (4) fouls Minnesota Timberwolves forward Luc Richard Mbah a Moute (12) as he drives to the basket in the first half of an NBA basketball game in Atlanta. Millsap has become the anchor for surprising Atlanta and is one of four Hawks playing in this weekend’s All-Star game after laboring in obscurity in the talent-laden Western Conference with the Jazz.(AP Photo/John Bazemore, File)