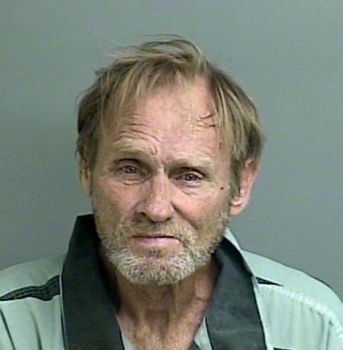 Bobby Gene Martin will likely never get a chance to log his 11th DWI arrest.

After learning during the punishment phase of his trial that Martin’s most recent charge of drunk driving was his 10th, jurors handed the 64-year-old Montgomery County, Texas man two life sentences.

Threatening to kill police officers may also have had something to do with it.

Martin was arrested for DWI on Aug. 2 after wrecking his truck and failing a field sobriety test with a blood alcohol level of more than 2 1/2 times the legal limit.

Deputies found Martin, who they say had earlier asked a wrecker driver to take him home so he could avoid another DWI arrest, hiding in a drainage ditch in waist-deep water.

En route to jail, Martin repeatedly threatened to kill the arresting deputy, as well as his family.

It wasn’t his first retaliation charge.

“In 1999, he did the same thing in Montgomery County,” Montgomery County Assistant District Attorney Kyle Crowley told the Houston Chronicle. “He got a DWI, he was arrested, and when he was talking to that deputy at the time, he told him he was going to kill him and everything he every loved.

“I think that resonated with the jury, that no matter what he does, if you ever let him out of prison, he’s going to do it again.”

Crowley said Martin also threatened a jailer and “went on a racist rant.”