What’s trending: 3 things the internet is talking about today 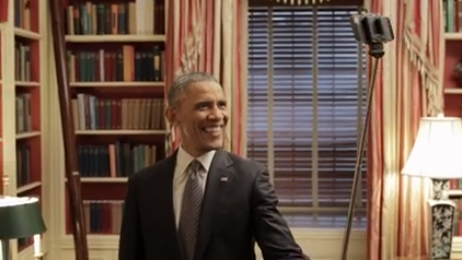 Google reports that searches for “selfie sticks” spiked to three times their normal levels after the commander in chief was featured in a Buzzfeed video snapping his own presidential portrait with the aid of one those monopods favorited by millenials. And those stats are translating into actual dollars.

“We have received a large amount of Customer Care emails and ‘In-store Pickup’ requests for this item in the past day,” Roger Quesada of Ricky’s NYC told the Washington Post Friday. “We expect this news to have a very positive effect on sales in the coming weeks.”

2. NASA scientists stared at the sun for 1,826 days. And the results are actually pretty easy on the eyes.

To celebrate the fifth anniversary of the launch of its Solar Dynamics Observatory, the space agency recently released a video comprised of images — 200 million of them — captured by the spacecraft that shines a spotlight on what NASA describes as “the constant ballet of solar material through the sun’s atmosphere, the corona.”

You can read more about the SDO here.

3. Several residents of an Orange Park, Florida, neighborhood gathered Thursday to cheer on a house fire.

The controlled burn was part of a firefighter training exercise, and Diena Thompson, mother of the 7-year-old girl raped and murdered inside the home in 2009, called starting it “cathartic,” according to the Florida Times-Union

In foreclosure at the time of the murder, the house was eventually transferred to the Somer Thompson Foundation, which Thompson established in her daughter’s honor. Thompson then donated it to the Orange Park Fire Department, which used it for the exercise.

“I get to burn their house down,” she said. “I’m the Big Bad Wolf this time, knocking down your door, not the other way around. It’s really nice to know that I’m not ever going to have to drive in this neighborhood again and see this piece of trash.”