Gold is back – at least for Valentine’s Day 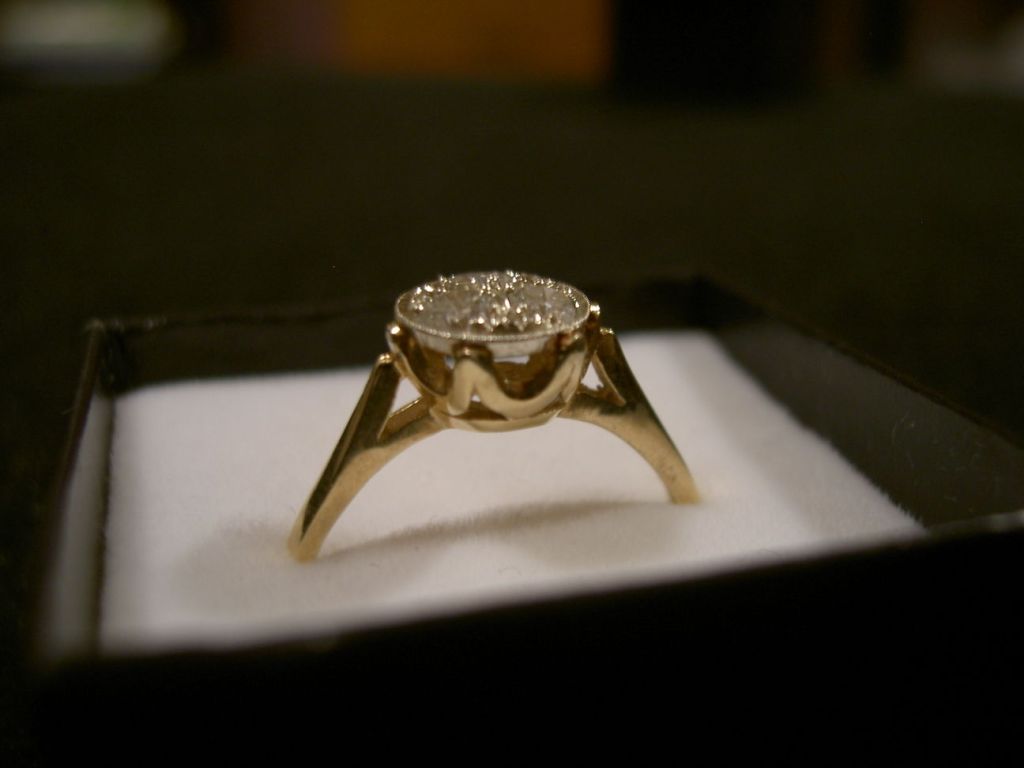 NEW YORK – Investors may have fallen out of love with gold, but romantics bolstered by a better economy are pushing U.S. jewelry sales for Valentine’s Day to the highest in at least five years.

After getting a raise in December, Robert Halabi now feels so confident that he’s planning to buy jewelry for two women to celebrate the holiday.

“All these years it was only for my mom, and now I can think of buying something for my girlfriend,” said Halabi, 26, a real estate broker, who spent Tuesday evening shopping for gold necklaces and earrings at the Macy’s flagship store. “I have been reading all about the improvement in the economy, but finally I see that reflecting in my life.”

With the declining U.S. unemployment rate, consumers used the benefits of cheaper fuel and a plunge in gold prices to push 2014 demand for jewelry made from the metal to a five-year high, data from London-based World Gold Council showed Thursday. Americans will spend $4.8 billion buying jewelry for loved ones this Valentine’s Day, the most since the National Retail Federation began tracking the data in 2010.

“People are buying what they had deferred over the past few years,” Tom Winmill, who helps manage about $220 million for Midas Funds in Walpole, New Hampshire, said in a telephone interview Thursday. “Jewelry sales are benefiting from the drop in gold prices over the last couple of years and increasing confidence in the economy.”

Gold has been mired in a bear market since April 2013 as gains for equities and the prospect of rising U.S. interest rates prompted some investors to lose faith in the metal as a store of value. Prices tumbled 29 percent in the previous two years, the biggest such slump since at least 1975. Silver and platinum prices also declined in the period.

Jewelry costs tracked by the Bureau of Labor Statistics fell 5.1 percent in the 12 months ended in December, the biggest such drop since the data begins in 1987. Prices are falling as wages are going up, with U.S. average hourly earnings rising in January by the most since November 2008, government data show. Crude oil futures in New York dropped 47 percent in the past year, cutting gasoline costs.

Valentine’s Day is the biggest U.S. holiday for giving jewelry after Christmas, according to CPM Group LLC, a New York- based commodities research and consulting company. More than 8 percent of the year’s sales occur this month, said Anne- Charlotte Windal, an analyst at Sanford C. Bernstein & Co.

February orders at Chicago custom-jewelry maker Ethan Lord will probably be up about 50 percent from last year, in dollar terms, according to Larry Zimont, the president of the company. Sales climbed at least 25 percent in January, he said.

“Over the last three to four weeks, our sales have seen a massive uptick,” Zimont said by telephone. “People are spending, and they’re spending a little bit more.”

Not all Americans are rushing to the stores with their higher earnings. Sales at U.S. retailers fell more than forecast in January, pointing to a weak start for consumer spending this year after a gain in the three months through December that was the biggest of any quarter since 2006.

“People love gold, but when the price makes it somewhat unattainable, it makes it hard,” said Joe D’Ortenzio, 54, a co- owner of Distinctive Gold Jewelry in Frankfort, Illinois. The business has been in his family since 1974. “When gold was really selling anywhere from $350 to $450, that’s when it was just moving out the door. Gold needs to be around $700 to see the activity really resume.”

About 21 percent of respondents to the National Retail Federation’s spending survey said they planned to buy jewelry for this Valentine’s Day, celebrated on Feb. 14. That’s up from 19 percent in 2014, and the most since the data begins in 2007. The poll of 6,375 consumers was conducted in early January by Prosper Insights & Analytics for the industry group.

“We are an engagement-ring store, so Valentine’s has always been a popular month for us,” said Larry Gomperts, an executive vice president at Azusa, California-based Robbins Brothers, which operates 14 jewelry stores in three states. “We are seeing an increase in activity, and there is still a lot of traffic even though Valentine’s Day is only a few days away,” he said by phone on Feb. 12.

U.S. jewelry demand in the three months ended Dec. 31 was the strongest fourth quarter since 2009, World Gold Council data show. Buying in North America will increase 2 percent in 2015, according to Suki Cooper, a Barclays Plc analyst in New York.

“A lot of people are here to buy jewelry or a luxury-brand watch for the special day,” said Joshua Bibr, 34, who was shopping for earrings for his girlfriend on Tuesday in New York’s Herald Square. “Most people are here because they feel that the good times are back and, of course, for love.”