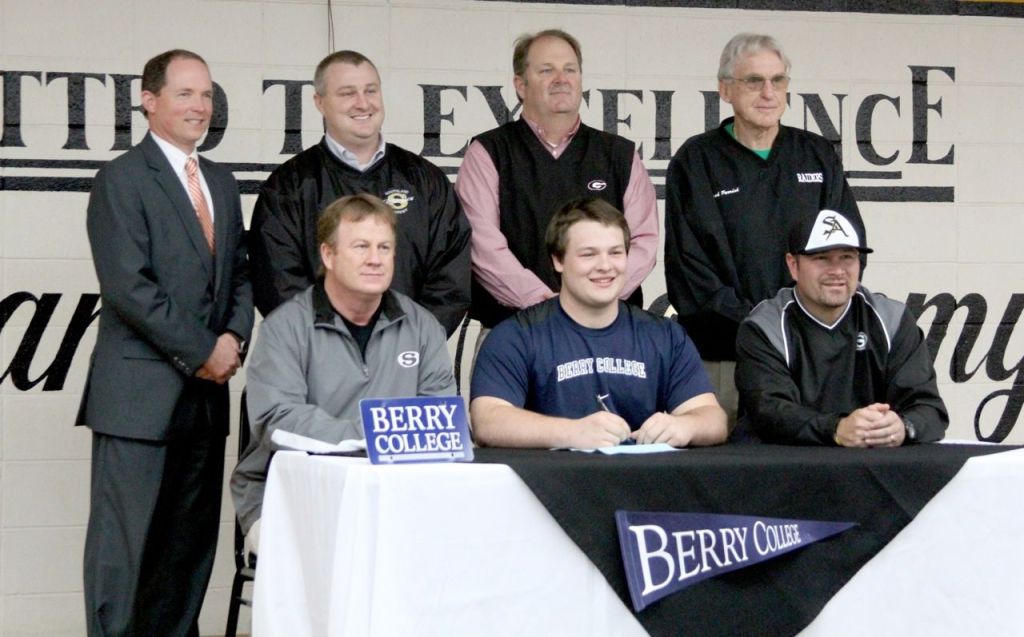 AMERICUS – Southland Academy senior Hunter Weldon has been recruited to play football for Berry College in the fall. Weldon signed his letter of intent on Feb. 12. The Raider defensive lineman has played on Southland’s varsity team for four years and began playing on the junior varsity team six years ago.

Weldon is also a member of the Raider baseball and track teams.

In his football career, Weldon has been named to the all-area team during his sophomore, junior, and senior years. He was named all-region during his junior year.

Weldon received the honor of becoming the Raider football team captain during his senior year. In addition to this, he was named all-region and all-state during the 2014-15 season. In his senior year, Weldon was invited to participate in the East/West all-star game.

Weldon was named all-region for his performance on the baseball diamond during his junior year.

When not playing sports, Weldon told the Times Recorder that he loves hunting and fishing in his free time.

Weldon stated “I chose Berry College because they have great coaches and a very nice campus. I think that is where God wants me to be.” Weldon also stated that he is “looking forward to meeting new people and continuing to play ball.”

Southland’s head football coach, Rod Murray, spoke with the Times Recorder stating “Hunter’s a great kid. He has a very strong work ethic and we are all really proud of him as a football player. He has helped a lot with the team this year and I look forward to watching him play at Berry.”