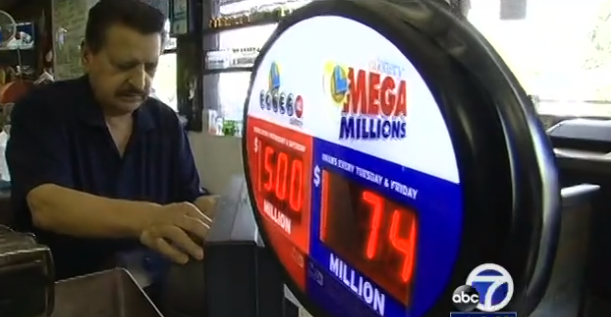 One of the three winners of the recent $564 million Powerball jackpot purchased their prize ticket at a gas station in Ponce, a municipality in southern Puerto Rico, marking the first time anyone outside the continental United States has shared in the lottery’s winnings. The victory is something of a miracle for the island, where Powerball has only been operating since October. It also raises a question that could be worth more than $30 million for the lucky ticket holder: Will the winner have to pay federal taxes on the prize money, or will the cash come free of federal taxes like all other lottery prizes that are doled out on the island?

The answer hinges on an interpretation of Puerto Rico’s tax code, which functions a bit differently than it does in the rest of the United States. Residents of the island don’t have to pay federal taxes for income earned in Puerto Rico, a quirk that has allowed previous lottery winners to collect their millions tax free, at least until now. But those lotteries were all locally sponsored; Powerball is different in that it operates not just in Puerto Rico, but also in more than 40 states around the country.

“It’s a very peculiar situation. It’s unlike any other lottery here,” said Roberto Montalvo, a tax attorney at local law firm Goldman Antonetti & Córdova. “My guess is that it all comes down to what is considered the source of the income. If it’s Puerto Rico, then it will be federal tax free. If it’s the mainland, then it won’t.”

Puerto Rico has used the absence of a federal tax for income earned locally as a selling point for rich Americans interested in holding on to much more of their earnings. If an individual purchases a home on the island and spends more than half of the year there, that person no longer has to fork over any U.S. federal income taxes on money earned in Puerto Rico, saving at least 30 percent. Major U.S. corporations also famously use Puerto Rico to lower their tax obligations. The Senate Permanent Subcommittee on Investigations found that from 2009 to 2011, Microsoft was able to shift offshore almost half its net revenue from U.S. retail sales, or roughly $21 billion, by transferring intellectual-property rights to a Puerto Rican subsidiary.

It’s possible that no one has thought through this Powerball tax issue since few expected anyone to win Powerball in Puerto Rico so quickly.