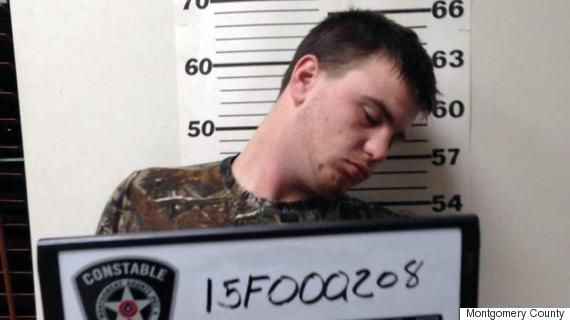 Talk about needing a wakeup call.

According to Montgomery County (Texas) Sheriff’s deputies, 20-year-old Christopher Shirley of Conroe, Texas was so under the influence of what he admitted to police to be synthetic marijuana on Feb. 12, he not only fell asleep at the wheel on Feb. 12, but he fell asleep while officers were taking his mugshot.

KPRC reports that Shirley, at first, couldn’t be roused after a customer at a Walmart in Porter, Texas informed store employees that a man appeared to be conked out in the driver side of a pickup truck…that was slowly rolling backwards across the parking lot.

By the time deputies arrived, Shirley’s truck had struck a parked Honda sedan despite employees’ efforts to halt the truck.

According to police, Shirley, after waking up, failed a field sobriety test and admitted to be under the influence of synthetic marijuana before driving to the Walmart store.

He also apparently remained under the influence of the Sandman even while being booked for DWI.

Shirley’s mugshot appears to show him once again catching some shuteye.

“He’d wake up and just kind of look around and nod off again,” a deputy said.