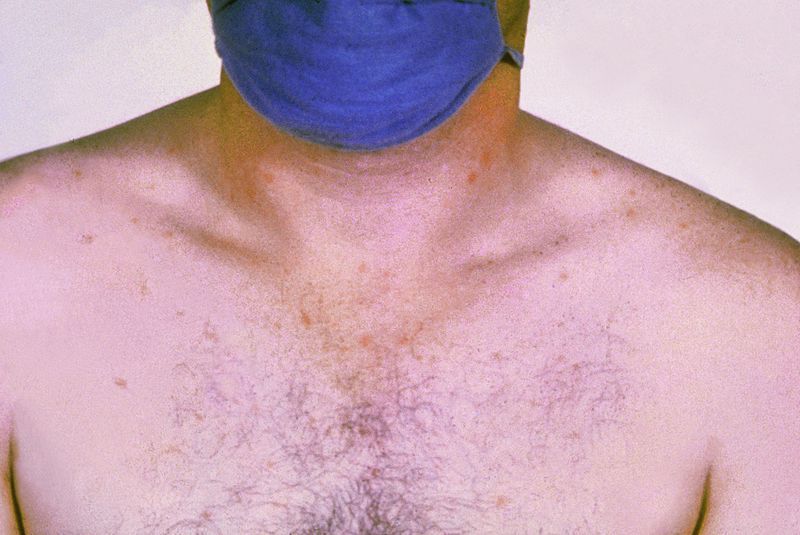 The cases are confined to a family group and there is no indication of risk of spread to the community, the OSDH spokesman said Monday.

“The correct characterization needs to be ‘family group’ because of the extended nature of the community,” Sellars said.

When asked how many households were involved in the small outbreak, Sellars said he didn’t have that information.

“We don’t identify facilities and only report on cases at the county level,” Sellars said Monday.

“There are no indications of transmission, or risk of spread to the community.”

The OSDH announced on Monday it was investigating a “small cluster of Typhoid fever cases in Garfield County.” The bacterial disease is uncommon in Oklahoma and generally contracted during overseas travel.

Typhoid fever is caused by the Salmonella typhi. About 400 cases occur annually in the U.S., and approximately 75 percent of cases are picked up during travel to underdeveloped countries, including Asia, Africa and Latin America.

Only one to two cases have been reported annually in Oklahoma since 1990, according to the OSDH.

“We are working not only with the hospitals, but with the physicians and clinics locally as well,” Sellars said Wednesday.

“The Garfield County Health Department is also actively engaged in treating cases with antibiotics and others who believe they may be at risk can come to the CHD for assistance and treatment.”

In each interview with epidemiologists and nurses, a determination is made as to whether that person has an occupation or engages in any activities that may place the public or other persons at risk, Sellars said.

Sellars said examples of such occupations or activities would be:

• a food handler at a local restaurant, quick stop, or food packaging facility.

• a person who prepares foods for family, friends, group gatherings at church, or the basketball booster club.

• caretaker of other people, whether this be working in a day care or in a nursing home, or caring for others in their home.

• attends or lives in a setting where stool organisms might be more readily transmitted, such as a day care, a nursing home, the church Mother’s Day Out, a developmentally delayed day care or school classroom in a school.

If the determination is made that a risk exists, Sellars the person would be required to refrain from those occupations or activities until further notice.

“We are aware of this regional outbreak, monitoring the situation very closely and taking all the necessary steps to assure the health and safety of our APF family members and the products we produce.”

Aaron Mullins, with Wal-Mart Media Relations, said there were no reported cases of typhoid fever at the Enid Wal-Mart on Tuesday. The local store manager was not available for comment.

When asked if typhoid was at Chisholm Public Schools, Superintendent Roydon Tilley said he “cannot confirm that for confidentiality reasons.”

“If we had a student like that, we would not allow them to come to school,” Tilley said Tuesday.

Typhoid fever is not an airborne disease, and is contracted through eating or drinking food or beverages that have been contaminated with the feces of someone with Typhoid, or if the bacterium gets into the water used for drinking or washing uncooked foods like fruits and vegetables.

Wash, cook or peel fruits and vegetables, and practice good hand washing techniques: use warm water, lather hands with soap, scrub hands together for 20 seconds, paying close attention to scrubbing the ends of fingers and around fingernails, rinse with warm water, dry with a disposable, single-use towel and turn off faucets with the towel.

The illness is treated with antibiotics; symptoms include high fever, between 102 and 104 degrees, headache, abdominal pain and loss of appetite. Some cases report constipation, diarrhea and a rash of flat, rose-colored spots on the torso.