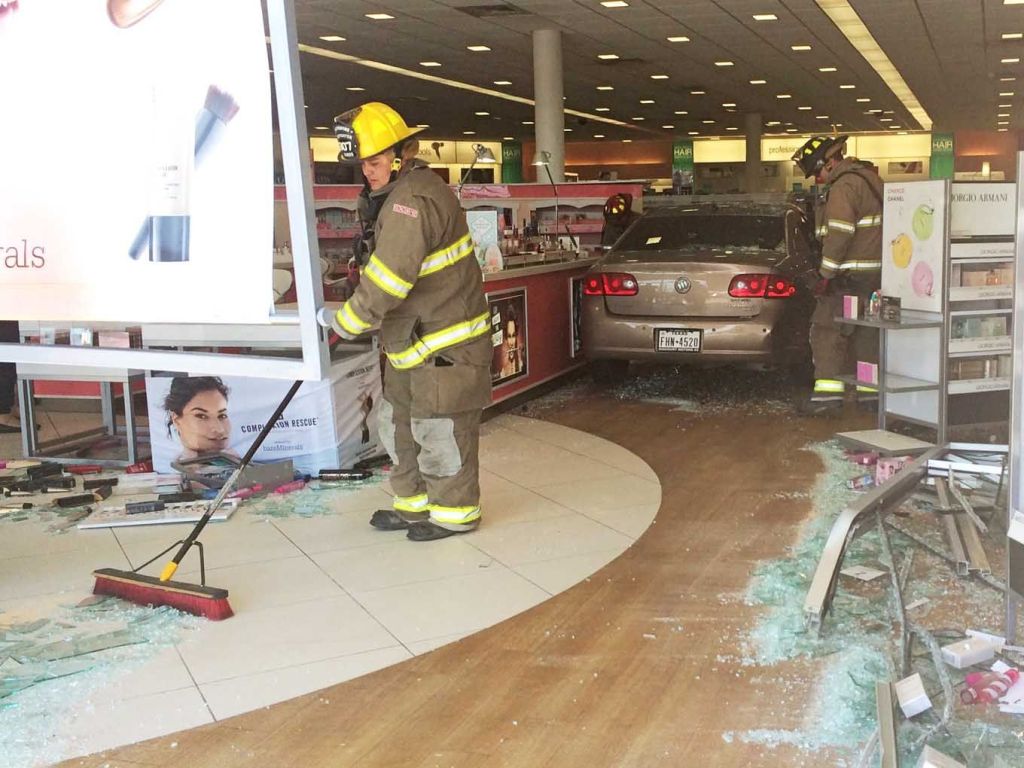 Patrons at a cosmetics store in Texas were sent scrambling when a car crashed through the storefront window Tuesday afternoon.

The accident sent two people to local hospitals with minor injuries. The car, a Buick sedan, came to rest about two car lengths inside the main lobby of Ulta Beauty.

“I thought it was like an IED or something going off,” one employee said of the scramble to move away from the vehicle.

The collision occurred shortly after a second vehicle struck the Buick in the parking lot in front of the store, according to a police report obtained by the Weatherford (Texas) Democrat.

The driver of the Buick, Kimberly Scott, 30, put the car in a forward gear to move back into a parking spot, but the car apparently accelerated, jumped a curb and crashed through the glass window of the store.

Scott was taken to a nearby hospital for precautionary reasons.

An employee struck by display tables was also transported to the hospital for non-life-threatening injuries, according to police.

The driver of the other vehicle, identified as 59-year-old Lynn Walker, was reported uninjured.

No citations or criminal charges were issued.

The cosmetics store was forced to turn away customers early Tuesday afternoon as employees and firefighters worked to clean up the shattered window and other damage.