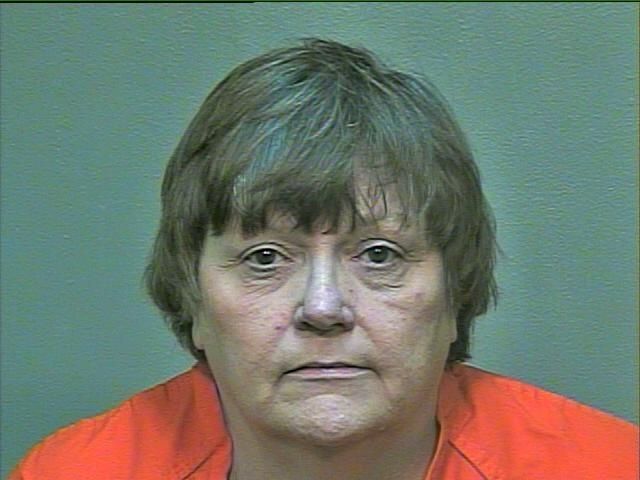 MUSTANG, Okla. — A 62-year-old woman was charged Thursday with assaulting her 90-year-old mother, according to an affidavit filed with the Oklahoma City Police Department.

Sheila Faye Middlebrook of Mustang was charged with three counts of domestic assault and battery including with a dangerous weapon, by strangulation and resulting in great bodily harm.

Police officers were called to the elderly woman’s home around 9 p.m. Sunday.

When the officers made contact with the 90-year-old woman, she told them Middlebrook had come over to her house unannounced around 3:30 p.m. asking for her mail.

The two had lived together from approximately 2006 to 2014, the affidavit said.

Following her mother into the kitchen, Middlebrook pulled a silver Taser out of a bag and tased her twice on the left side of her chest, the document states.

Police observed four red marks that resembled marks from a Taser on the woman’s chest. The affidavit states that after Tasering her mother, Middlebrook told her “I thought that would kill you.”

Middlebrook then started to beat the elderly woman with her hands, police said. After striking her several times in the face and arms, Middlebrook began to strangle her with both hands, the affidavit said.

Middlebrooks then took a rag and placed it over her mother’s mouth, trying to suffocate her, the document states.

Police noted in the affidavit that the victim was bleeding from her ears and had a very swollen face.