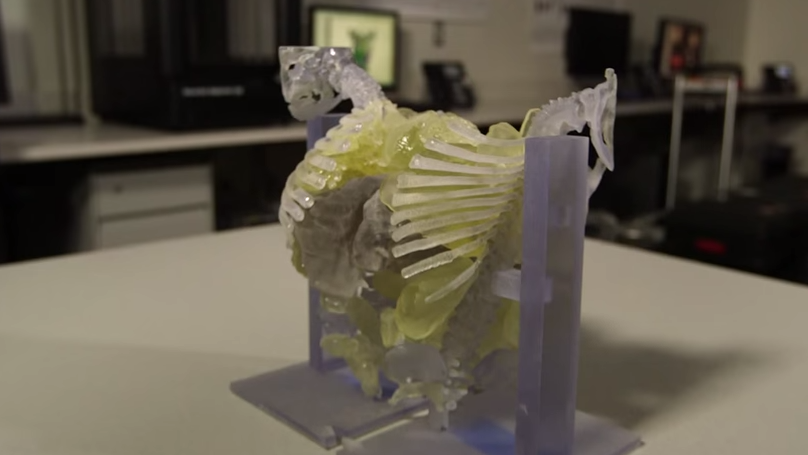 Doctors at the Texas Children’s Hospital in Houston announced Sunday night that they successfully separated the 10-month-old conjoined twin girls last week in a highly complex surgery planned before the children were even born.

It helped that they had a starter kit of sorts.

The surgical team of nearly 30 was able to anticipate and circumvent a variety of complications that could have arisen during the nearly day-long procedure thanks to an intricate replica of the twins’ shared torso created by a 3D printer.

According to the hospital, the model produced after three days of radiology imaging and three days at a 3D printing firm in Dallas was crucial to the success of the surgery, which was the first of its kind to be performed in Houston in nearly two decades. However, due to being joined at the chest, abdomen and pelvis, the anatomical circumstances in the Matas’ case were more complex than similar separation surgeries in 1992 and 1997.

“This type (3D) of surgical planning becomes very important when you decide to assign an organ to one twin or the other,” Dr. Rajesh Krishnamurthy, Chief of Radiology Research and Cardiac Imaging at Texas Children’s Hospital, said in a video recently released by the hospital.

“Having a 3D printed model gives you an insight into what you’re going to encounter,” Krishnamurthy said. “The model goes into a fair degree of detail.”

The Matas’ model included the twins’ heart, lungs, stomach and kidneys. The detachable, transparent liver is so realistic you can see the blood vessels inside.

Doctors say the twins are stable but will likely remain in intensive care for several weeks.