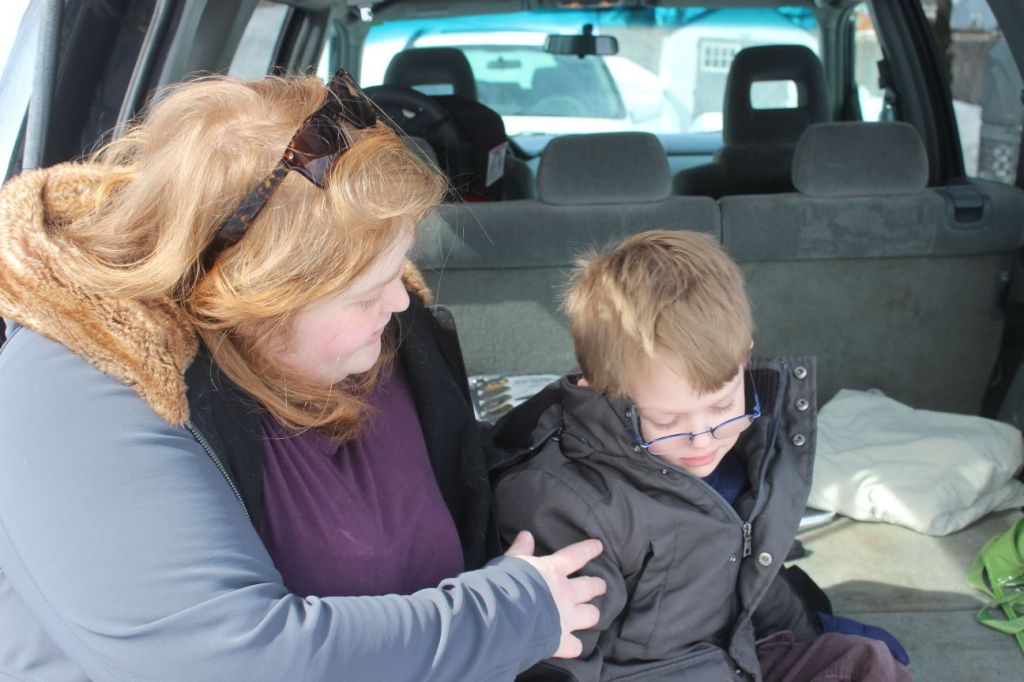 PEABODY, Mass. — Over the weekend, Gage Desmond enjoyed a party celebrating his fifth birthday at a local bowling alley, complete with gifts including Legos, superhero action figures and more.

But the boy’s happiness faded quickly after his gifts came up missing.

A family friend had offered to put Gage’s gifts into Fratoni’s Honda Pilot as the party concluded. But the gifts were apparently placed in the wrong vehicle. When the party ended, Fratoni didn’t need long to realize what had happened.

“This is the worst thing that could possibly happen to a 5-year-old boy,” she told the Salem News on Tuesday. “He cried yesterday because he was wondering where his gifts were.”

Fratoni said she contacted the bowling alley, which in turn contacted six other kids’ groups that had been at the facility on Sunday, the day of Gage’s party. No one admitted to being surprised with a stockpile of gifts in their vehicle. Fratoni contacted the local police and put the word out on Facebook as well.

“I’ve received a lot of support,” Fratoni said. “People were offering to replace the gifts for him. … It’s nice we have people reaching out.”

The family believes the mistake happened because the family friend saw a vehicle that looked to her exactly like Fratoni’s Honda Pilot. “She said she used my key to unlock it. I said, ‘That doesn’t happen.’ You can’t use the same key to unlock two cars. I’m guessing the car was already unlocked.”

Fratoni remained too upset on Monday to speak to the woman who made the mistake. And while many people online have expressed sympathy, others have expressed doubts about the story. Regardless, Fratoni said she simply wants the original gifts returned.

“It’s hard to believe,” she said, “that if someone finds the gifts in their car they won’t say, ‘These had to be put there at the Metrobowl by mistake.’ And they’ll bring them back.”